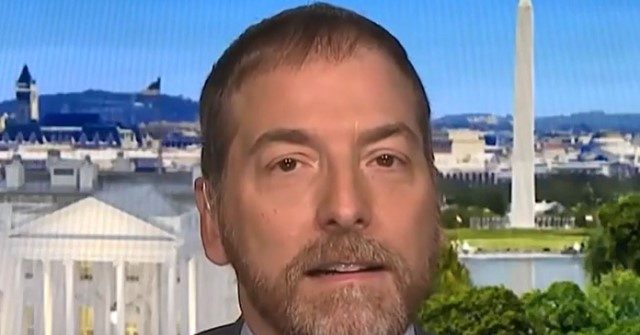 NBC host Chuck Todd said Sunday on KNBC’s “Today in LA Weekend” that he believed Rep. Steve Scalise (R-LA) would end up being the Speaker of the House.

Anchor Conan Nolan asked, “We have a Southern California in the leadership of the Democratic Party on the House, Pete Aguilar from San Bernardino. The other House member with clout is Kevin McCarthy. Do you believe he’s going to be the next speaker?”

Todd said, “I don’t know. I have to say I wouldn’t put my house payment on it. I wouldn’t put my mortgage on it. I think he’s going to have a tough time. How many never-McCarthys are there? And I think this group of never-McCarthys in the House Republican conference, I don’t think they, whatever their issues, I think they want to prove that they can deny a speakership to somebody and then move on to the next person. Like, I don’t. And the people that are comfortable with McCarthy being the leader, they don’t love him. They’re just tolerant of him. So, you know, I think this is going to end up somehow being Steve Scalise at the end of the day because I think he’s the guy that can bridge these divides a little bit easier. He garners quite a bit of respect inside the conference. You know, his recovery from being shot at the baseball field sort of gave him a little more standing inside the conference. His ability to sort of come back from that. It just, you know, I don’t know what McCarthy can do to buy off these last few never-McCarthys. I don’t.”