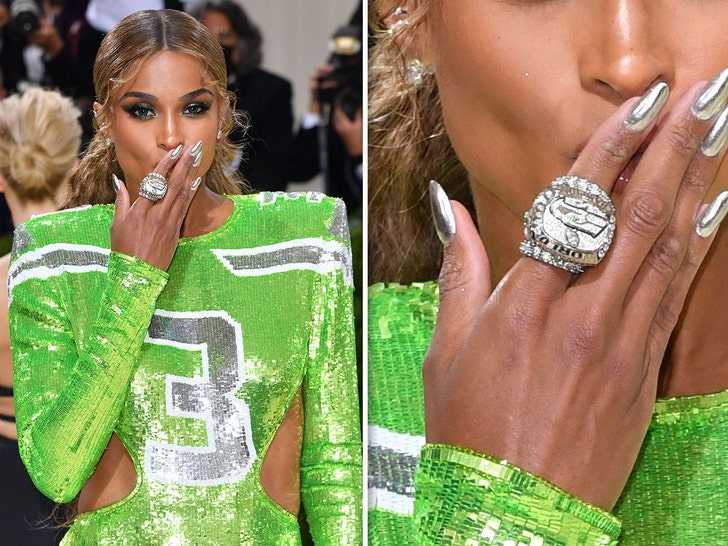 Ciara wore something Billie Eilish, Justin Bieber and Grimes couldn’t get their hands on for the Met Gala — a Super Bowl ring, courtesy of Russell Wilson!!

The singer showed up to the big event Monday night channeling her hubby’s day job — decked out in a sparkly green dress resembling Wilson’s #3 Seahawks jersey, which was designed by Peter Dundas.

Ciara also held a bedazzled mini football clutch … just to make sure everyone knew the theme she was going for. 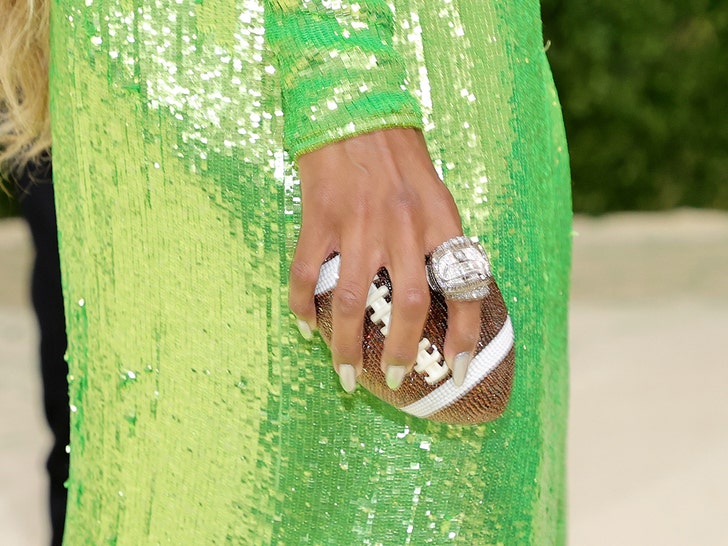 But, to complete the look, Ciara pulled out quite possibly the biggest flex of all-time — Wilson’s Super Bowl XLVIII ring he won in 2014!!!

“My Hubby’s color rush Seahawks jersey transformed into a dress + His Super Bowl XLVIII ring = EVERYTHING!” Ciara posted on Instagram.

So, where was Russ?? The Seattle superstar was busy bro’ing out with Peyton and Eli Manning during their “Monday Night Football” broadcast … but don’t worry, he was sure to shower her with compliments in the comment section.

“My queen. My Everything,” Wilson said.

The ‘Hawks are hoping they can add another ring to Ciara’s outfit for next year’s Met Gala … and we suppose for Russell’s sake too.