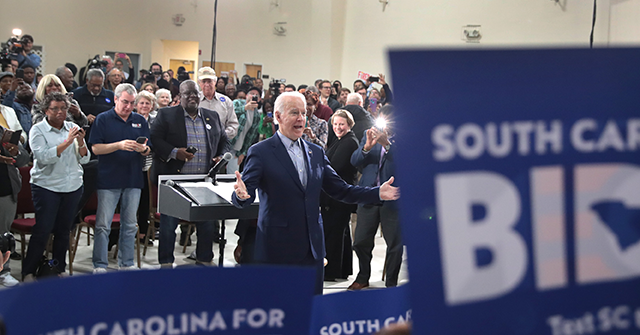 The Democrats reorganized the presidential primary calendar on Friday by removing Iowa as the first-in-the-nation caucus and awarding South Carolina by moving the state’s voting to February 3.

The Democratic National Committee’s (DNC) rule-making arm on Friday removed Iowa as the first state on the presidential nominating calendar, a position the state has had for five decades, and replace it with South Carolina starting in 2024.

The unusual move from the Democrats was backed by President Joe Biden and came after the party faced numerous technical issues in 2020. In a letter last week, Biden wrote that he wants to do away with caucuses because they are “restrictive” to hourly workers and require voters to choose in public. He also wants the party to focus on states with a higher black population.

Ultimately, the committee approved moving the South Carolina primary to February 3 and having the Nevada and New Hampshire primary three days later. The committee also made Georgia the following week and Michigan two weeks after.

“Democrats voted to remove Iowa as the leadoff state on the presidential nominating calendar and replace it with South Carolina starting in 2024, a dramatic shakeup championed by Biden to better reflect the party’s deeply diverse electorate” https://t.co/da9RyX0U0I

The move marks a dramatic shift from the current calendar, which has had Iowa holding the first-in-the-nation caucuses since 1972, followed by New Hampshire’s first-in-the-nation primary since 1920. Nevada and South Carolina have gone next since the 2008 presidential election, when Democrats last did a major overhaul of their primary calendar.

The revamped schedule could largely be moot for 2024 if Biden opts to seek a second term, but may remake Democratic presidential cycles after that. The president has said for months that he intends to run again, and White House aides have begun making staffing discussions for his likely reelection campaign, even though no final decision has been made.

The only committee members who objected to Friday’s proposal were from Iowa and New Hampshire, and both states have laws that mandate they go before everyone else. The committee members expressed that they intend to follow their state’s laws, not what the DNC decides.

Overall, the changes decided by the committee will still have to be approved by the full DNC, which will likely happen early next year, but the vote will likely follow the rule-making committee’s lead. The DNC also plans to revisit the primary calendar before 2028, meaning more changes could follow.

For Republicans, the Republican National Committee has already decided they would keep Iowa as the first state in 2024.

Jacob Bliss is a reporter for Breitbart News. Write to him at jbliss@breitbart.com or follow him on Twitter @JacobMBliss.