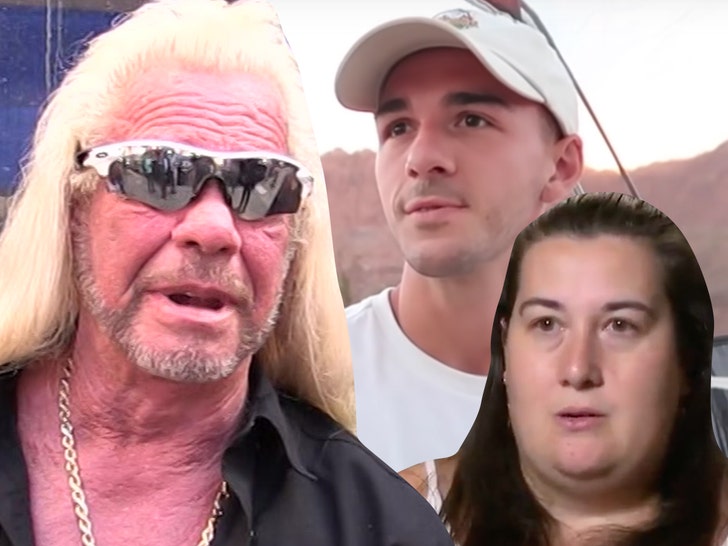 Dog the Bounty Hunter hasn’t given up his hunt for Brian Laundrie — he’s got one more vital person to speak with — and he’s en route to her now.

Sources familiar with the situation tell TMZ … Dog has NOT left Florida yet — despite injuring his ankle earlier this week — and is still working leads. We’re told he’s currently headed to the home of Laundrie’s sister, Cassie, with whom he will attempt to discuss the case.

Earlier this month … Cassie confronted a group of protesters outside her Florida home and told them she doesn’t have the slightest clue where Brian’s hiding, but added she wasn’t sure if her parents had anything to do with his disappearance.

Our sources say Dog is still hobbling around on that bum ankle, but wants to make sure he’s tried every possible avenue to locate Laundrie … before heading to Colorado to get checked out by his doctor. As we reported, Dog hurt his ankle a couple of days ago in rugged terrain.

The Cassie meeting would come just a day after an autopsy report revealed Gabby Petito died by strangulation. The Teton County Coroner estimated the time she was killed might have been 3 to 4 weeks before her remains were found.

Gabby’s family is heading to Wyoming to retrieve her body, and have her cremated.