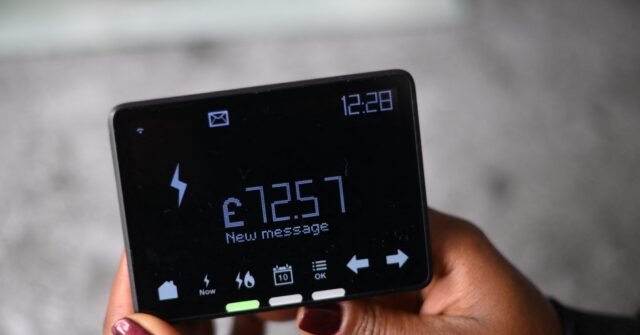 More than a million UK households will be offered money for them to cut their electricity use between 5pm and 6pm on Monday in a move that follows the National Grid bringing back mothballed coal plants today to ensure supply.

Some people across Britain are to be offered up to £20 (~$24.76) to dramatically reduce their electricity usage between 5pm and 6pm on Monday evening in an attempt to curb the country’s electricity use in the face of potential shortages.

It will be the first time such payments will be issued under the National Grid’s Demand Flexibility Service, which was introduced late last year in the hopes of preventing power blackouts.

Now, according to an online statement by the energy board, the emergency system is planned to be engaged for the first time this evening, with freezing cold temperatures reportedly causing problems for energy availability in Britain.

So far, three coal-fired power plants in the country have been ordered to make themselves ready for use to combat the shortages, with a combination of freezing temperatures, short days, and little wind hammering the UK’s green energy production at a time when significant supply is needed to heat and light people’s homes.

Wind energy in particular has appeared to have dropped dramatically, going from making up just under 58 per cent of the UK’s electricity supply one week ago to only 25 per cent on Saturday, pushing the country back onto more reliable alternatives.

Our forecasts show electricity supply margins are expected to be tighter than normal on Monday evening. We have instructed coal-fired power units to be available to increase electricity supplies should it be needed tomorrow evening.

While the National Grid insists that there are no chances of blackouts, it has admitted that the country’s energy supply has been significantly reduced, and that energy-saving measures are needed to “maintain the buffer of spare capacity we need”.

“Our forecasts show electricity supply margins are expected to be tighter than normal on Monday evening,” a statement from the body on Sunday evening read. “We have instructed coal-fired power units to be available to increase electricity supplies should it be needed tomorrow evening.”

“We are also activating a Live [Demand Flexibility Service] event between 5-6pm tomorrow,” it continued. “This does not mean electricity supplies are at risk and people should not be worried.”

Energy Crisis: Poor May be Paid to Not Use Electricity as Blackout Fears Grow https://t.co/VMZaGBqvD6

According to a report by the Daily Mail, the more than a million households eligible to take part in the energy-saving project will be asked to refrain from using high-consumption appliances such as ovens, washing machines, tumble dryers, dishwashers and certain games consoles.

These households will be eligible for the programme as a result of having controversial “smart meters” with an eligible provider within their home, with the technology recently emerging as a point of controversy within the British press for the reason that it gives unprecedented control of electricity consumption to electricity companies.

Though the plan is voluntary, with many in Britain struggling to make ends meet as a result of the massively inflated price of fuel, food and electricity, the opportunity to be paid for saving energy for one hour may be a defacto necessity.

What’s more, these same households may be handed another opportunity to turn off their appliances for cash on Tuesday, with the National Grid reportedly saying that they may implement the measure again tomorrow should the supply situation not improve.

Officials from within the energy operator also have reportedly suggested that such energy-saving events could become a regular feature of winters in the UK, with one even suggesting that it will help boost the UK’s green agenda goals.

“It is something we strongly believe in,” Craig Dyke, Head of National Control at National Grid ESO, reportedly remarked. “It provides flexibility for the system and the consumer. We see this as a growing market.”

“We see this as a world-leading step forward into a space where we can only grow and drive forward towards Net Zero,” the official went on to say.