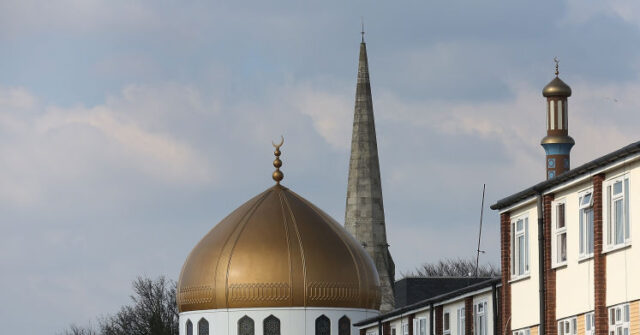 Less than half of people in England and Wales are Christian, the census has revealed, with both atheism and Islam making major gains.

The majority of people in both England and Wales are not Christian for the first time probably since the 7th century AD, data from the 2021 census published on Tuesday has revealed.

According to the information released by Britain’s Office of National Statistics, both England and Wales have lost their status as majority-Christian nations, with only 46.3 per cent of the population of England reporting themselves as being Christian, while only 43.6 per cent of the Welsh population now describe themselves as being adherents to a denomination of Christianity.

46.2% said they were “Christian” – less than half of the population for the first time.

While the faith still remains the plurality religion in both countries, it is the first time the total percentage of the population who are Christian has dropped below the 50 per cent mark in modern history, and most likely since the British isles were converted and moved away from Paganism 1,300 years ago. The change is even more pronounced when viewed over longer periods, with today’s 46 per cent of those in England professing to be Christian comparing to 71 per cent in 2001, just 20 years ago.

Meanwhile, the percentage of people saying that they have “no religion” in both nations has spiked significantly, growing from around a quarter of the population of both countries in 2011 to over 37 per cent by the time of recording the census last year.

Islam saw the next largest overall increase, growing in number from 2.7 million to 3.9 million in the decade, a rise of 44 per cent in ten years. In all, Muslims now account for 6.5 per cent of ordinary residents of England and Wales, and in 2001 they were 2.9 per cent.

Smaller religions also saw an increase, with the number of self-described pagans in the country growing by over 15,000 adherents since 2011, and the nations seeing an extra 200,000 Hindus and 100,000 Sikhs.

According to Church of England archbishop, Stephen Cottrell, the results represent a challenge to Britain’s Christian population, with the faith leader saying that church leaders can no longer simply rely on people claiming adherence to the faith even if they are non-practising.

“We have left behind the era when many people almost automatically identified as Christian but other surveys consistently show how the same people still seek spiritual truth and wisdom and a set of values to live by,” he claimed, saying that the statistic “throws down a challenge to [Christians] not only to trust that God will build his kingdom on Earth but also to play our part in making Christ known”.

However, while Cottrell says that people still need a “spiritual truth” to guide them, it appears that British Christianity no longer has a monopoly on offering that truth, with Islam really enjoying a strong foothold in many regions.

While 6.5 per cent of the population of England and Wales overall, there are areas of great concentration, with London’s Tower Hamlets borough now being over 40 per cent Muslim.

Other regions, such as Blackburn and Darwen, as well as Luton, have also seen their Muslim populations rise to over 30 per cent of their total since the last census, with trends indicating that more areas of Britain may soon follow over the coming decade.