PITTSBURGH, Pennsylvania — House GOP Leader Kevin McCarthy told Breitbart News exclusively that all options are on the table when it comes to how a Republican majority next would pressure Democrat President Joe Biden to achieve the GOP “Commitment to America” agenda and roll back the Biden agenda.

“We’re going to use every means possible to have the pressure to implement the Commitment to America and at the same time put America back on the right track,” McCarthy said. “This runaway spending that the Democrats have been doing — you’ve got to rein it in. You have to be willing to do that.”

McCarthy’s interview came Thursday evening before a Friday morning rollout of the House Republican “Commitment to America” agenda ahead of the midterm elections. If the GOP retakes the House majority in November, McCarthy is the easy favorite to lead the chamber as the next Speaker of the House.

Specifically, McCarthy said, House Republicans are prepared to use the power of the purse — the Appropriations process by which Congress disburses money for the government to spend — to implement the agenda. McCarthy also pointed to using the Congressional Review Act to claw back regulations the Biden administration has put in place. And if Republicans get control of the U.S. Senate as well, he suggested reconciliation as a possibility to force bills onto Biden’s desk for the president to either veto or sign. McCarthy said House Republicans are preparing for all scenarios, hoping they have the Senate as well, but ready to rock and roll if they just get the House.

“There are a number of areas you can do it in,” McCarthy said. “But what you really need to have happen is we need to win the House and the Senate. So the day after the election, we’re preparing for both items, right? Do we just win the House? Or if we win the House and the Senate, we have more options. You have the Congressional Review Act. You can repeal regulations within a specific timeframe with just 51 votes in the Senate. We’re preparing for a number of those. You have the Appropriations process where you can go through to be able to do this. But if we win both of them, you also have reconciliation where we can go through and put something on his desk in the process.”

McCarthy’s comments come after Biden warned two weeks ago that if the GOP takes both chambers of Congress in November, he will be facing a “difficult two years” and expects to spend much time “with the veto pen.”

“If we lose the House and we lose the Senate, it’s going to be a really difficult two years,” Biden told donors this month according to the Associated Press. “I’ll be spending more time with the veto pen than getting anything done.” 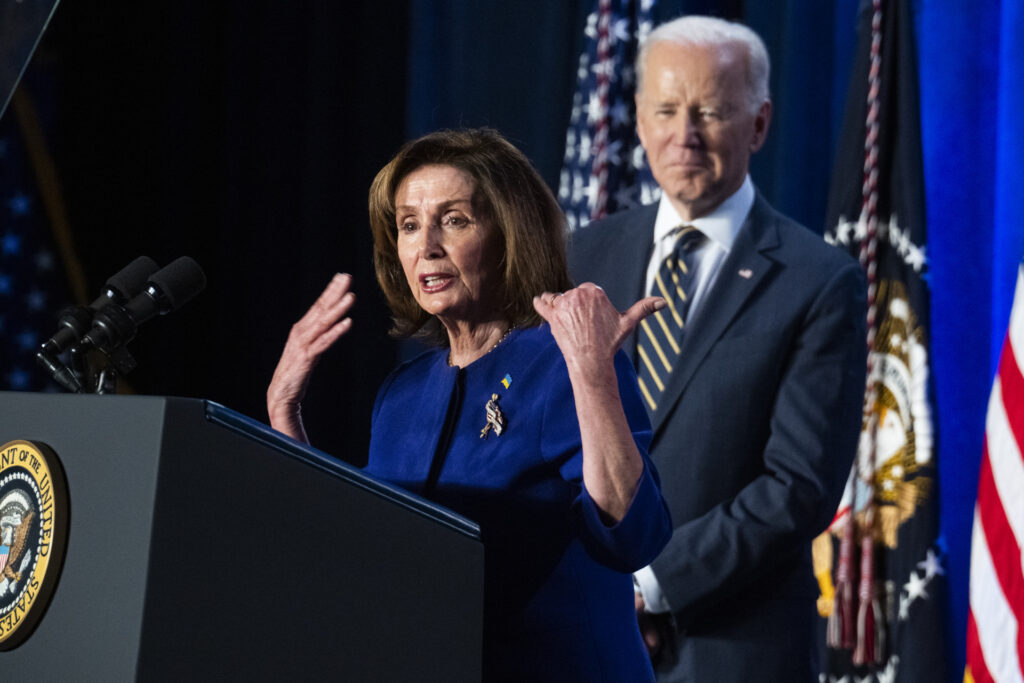 Asked about the big “bipartisan” bills that have been passing Congress with universal Democrat support, but also big groups of Republican support in the Senate, McCarthy predicted that that would end if and when Republicans retake the House. He also noted that up-and-coming Republican Senate candidates this year are much bolder than outgoing GOP establishment senators, so he expects that mindset of seeking deals with Democrats to fade next year.

“I don’t think you’re going to see that out of the Senate. I really like the candidates I see going. If they get the majority, that all stops,” McCarthy said. “You also need to think about — is the Senate going to generate or is the House? We’re the only ones with the plan. You’ve got to realize the Democrats have no plan. They created these problems with no plan to fix them.”

McCarthy noted that the reason those types of bills are passing this Congress is because Democrats know they need to work around the filibuster so they generate bills mostly from the Senate to get them past the filibuster and get at least ten Republicans on board — then have the House pass them. That dynamic, he said, will shift next year as he said the House will be generating the bulk of the bills.

“Now the House is sending it to them,” McCarthy said, referring to how he expects next year’s Congress to work. “If they send that from the Senate to the House it’s not going anywhere. That’s why the House is so important. That’s why all your viewers and listeners go to TaketheHouse.com, and they need to join with us. It’s not just putting it out there, it’s join with us and not just join with us on election but help us get this through. We’ll get it through the House, but we’ll need their help getting it through the Senate.”

McCarthy said that if Republicans take the Senate as well, the fight shifts immediately purely onto Biden and his agenda. But if they take just the House, he predicted the heat will be on a battle between the two chambers — and looking down Pennsylvania Avenue at the White House. Having both chambers, McCarthy said, will allow the Republicans more leverage, including on things Senate confirmation fights.

“If we end up with just the House, this is where the battle is going to be,” McCarthy said. “They’re going to come after us every step of the way. But they already do this to us now. The difference now is we are going to have committees. We have a responsibility for a check and balance. They’re not just going to have free rein anymore. I suspect that [Dr. Anthony] Fauci will resign before we’re sworn in. If we win the House and the Senate, and he resigns, his replacement will need to get confirmed and that gives us a lot of ability to help get in the Commitment to America.”