BREAKING NEWS
*Mother of Todd, Julie Chrisley’s Granddaughter Will fight to Regain Custody*Ex-Laker Devean George Says Shaq ‘Did Not S*** In My Shoe,’ Calls Rumor A Lie*Bob McGrath death: Original star of Sesame Street dies aged 90*‘Snoop DeVille’ From 50 Cent’s ‘P.I.M.P.’ Video Up for Sale*Guess Who This Shining Star Turned Into!*Disgruntled Atlanta Hawks Star Trae Young Missed Game Over Spat With Coach Nate McMillan*WATCH: Houston Volleyball Player Dives on Table to Save Ball During NCAA Tournament*PHOTOS– Officers Rescue 3 People from Sinking Car: ‘You All Make Us Proud’*England star Raheem Sterling left out of World Cup win over Senegal after a burglary at his home*‘Yellowstone’ Recap: The Blood Finally Flows*Poll: Near Majority of Republicans Want Less Foreign Aid as Congress Poised to Grant Ukraine $37 Billion*Jewish UFC Fighter to Kanye West: ‘If You’ve Got a Problem with Me or My People, Come See Me, Bro’*USMNT’s World Cup progress has all eyes turned eagerly to 2026: ‘On the way’*Mayim Bialik honors Leslie Jordan after his final episode of ‘Call Me Kat’ airs*Conflicting Reports on Iran Disbanding Morality Police, Hijab Law*Sam Bankman-Fried Dodges on Call to Testify at Maxine Waters’ Request on FTX Collapse*George Clooney, Gladys Knight, U2 Get Kennedy Center Honors from Biden*California, a Free State Since 1850, May Pay $233k in Reparations per Slavery Descendant*‘Emancipation’ Producer Apologizes Over ‘Whipped Peter’ Pic at Premiere*Pro-Life Group in Nebraska Receives Shooting Threat Note Allegedly Signed by ‘Jane’s Revenge’
Skip to content
November 23, 2022
by MICHAELANTONIO 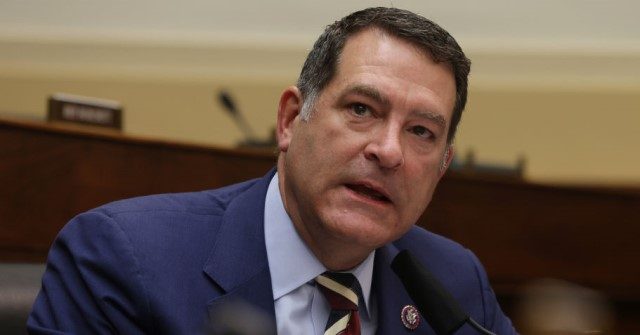 On Wednesday’s broadcast of the Fox Business Network’s “Cavuto: Coast to Coast,” Rep. Mark Green (R-TN) argued that there will be a surge in border crossings when Title 42 is lifted since we’ve already seen people cross the border because they believed the rule is no longer in effect and Congress can prevent that by tying Title 42 to the fentanyl crisis or something other than COVID.

Green stated, [relevant remarks begin around 2:20] “As soon as it was announced, the court ruling basically doing away with Title 42, they didn’t know — the people across the border didn’t know that there was a stay for five weeks so Border Patrol said they had a spike at that one crossing in El Paso…because they thought Title 42 was off. Now, it goes off in December when the stay’s over. But we’re going to see — they’re expecting an additional 18,000 people a day hitting the border. They’re sitting in camps on the other side of the Rio Grande River waiting for it now to expire. That’s how bad this is going to be and we can fix it by tying it to fentanyl or something else, not COVID. There are other solutions out there. We have to keep this tool, though, in CBP’s toolkit.”