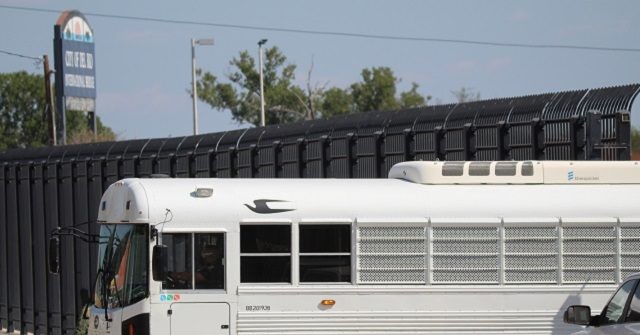 DEL RIO, Texas — A group of Haitian migrants took over a Border Patrol transport bus traveling to Brownsville Monday afternoon. Officials said some of the migrants escaped from the bus after a fight broke out.

A commercial coach bus contracted by U.S. Customs and Border Protection transported a group of 29 migrants from the migrant camp in Del Rio. As they approached a rest area north of the Javier Vega, Jr. Border Patrol checkpoint on U.S. Highway 77 in Kenedy County, a fight broke out among the migrants, Kleberg County Sheriff Richard Kirkpatrick told Breitbart Texas in a phone interview.

As Border Patrol agents struggled to regain control of the bus, a few of the migrants escaped and fled across the highway. Sheriff Kirkpatrick dispatched his deputies and Texas Department of Public Safety Troopers to assist the agents in the neighboring county.

“When we get a call of an officer or agent being assaulted, we send everyone from multiple agencies to assist,” Kirkpatrick said.

The sheriff said Border Patrol sent two buses with security cages to take over the transport of the migrants.

National Border Patrol Council President Brandon Judd briefed Governor Greg Abbott on the incident during a meeting in Del Rio on Tuesday. He said the migrants were being transported from Del Rio to Brownsville.

Governor Abbott responded, “So what they did in doing that is they committed a crime.” He urged local officials to arrest and prosecute the migrants.

The Border Patrol union president told Abbott the Haitians are becoming restless and that tension is increasing after spending nearly a week in the encampment under the Del Rio International Bridge. He explained that the news of the removal of Haitian migrants on Title 42 flights to Haiti is adding to the already high levels of agitation among the detained migrants.

Currently, Border Patrol is detaining approximately 9,100 migrants under the bridge.

Border Patrol, CBP, and Department of Homeland Security officials did not attend the briefing conducted by the Texas governor.