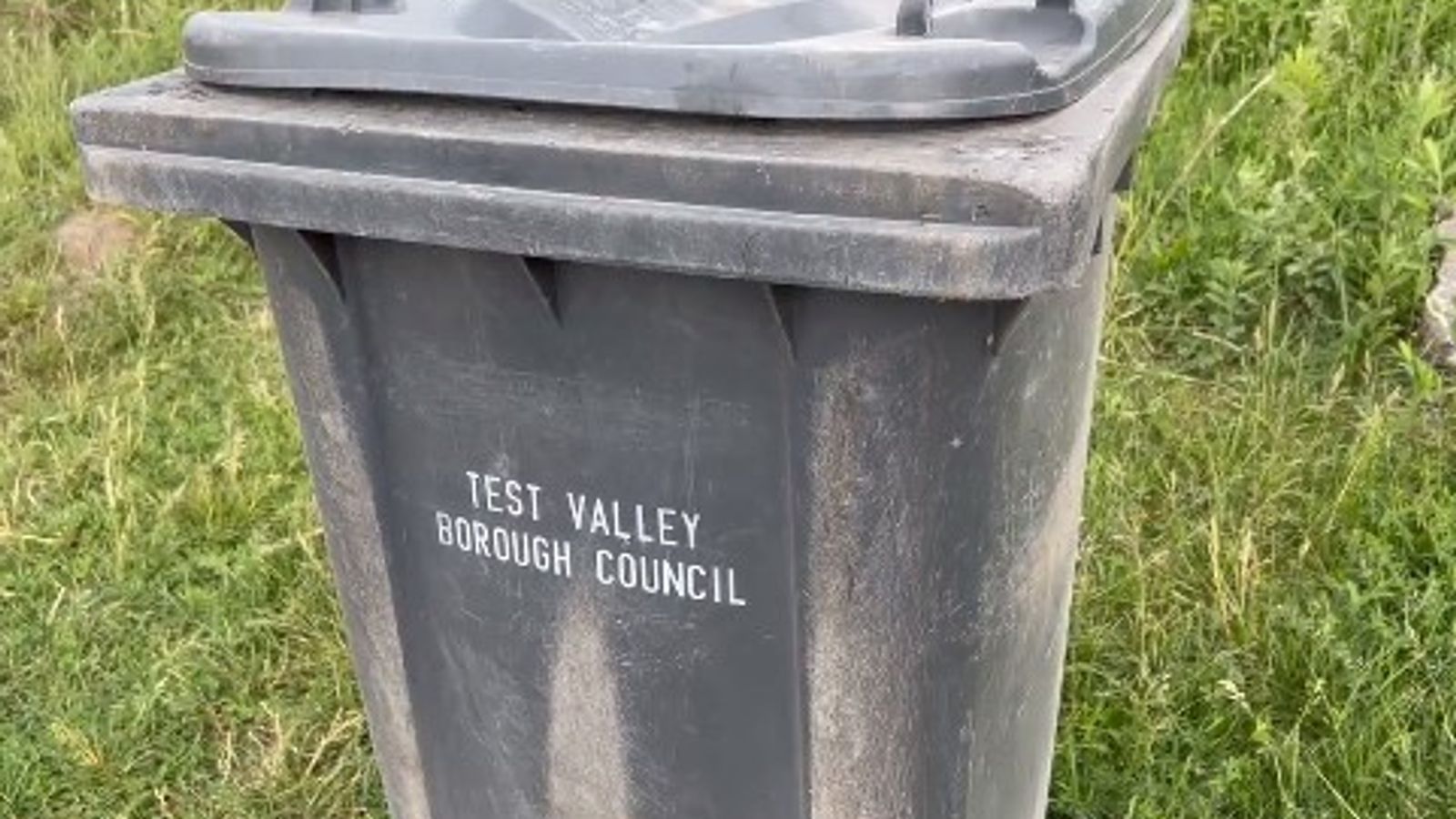 A Hampshire wheelie bin has been discovered 1,200 miles away in conflict-torn Ukraine.

The Test Valley Borough Council (TVBC) bin was spotted by a journalist close to the Polish border.

Philip Crowther, who is reporting on the war in Ukraine for the AP news agency, posted a video of it on Twitter.

He saw the out-of-place black waste bin last Friday, as he was leaving Lviv, where he had been working for two weeks, the Hampshire Chronicle reported.

It said the bin was on the side of the road in Hlynystsi, just before the crossing into Poland and was being used by the border guard station.

Mr Crowther asked the council: “How did one of your wheelie bins make it all the way to Ukraine, and when is pick up?”

TVBC, which covers the towns of Andover and Romsey, responded: “Hi Philip, umm, hmm. I’ve checked the notebook, but we don’t seem to have a stock answer for this query…”

“Can I ask where in Ukraine this is? I’d just to make sure this collection address is added to our fortnightly rounds and not reported as missed,” adding a winking emoji.

The council later shared Mr Crowther’s tweet along with the caption: “ICMYI (In case you missed it): That time where one of our wheelie bins ended up in Ukraine.”

Waste and recycling portfolio holder at TVBC, Councillor Nick Adams-King, said: “It’s good to see our bins are well travelled and to hear that it’s still of use for the border guard station between Ukraine and Poland.

“Residents have been able to buy our bins for a number of years now, and therefore in theory they can end up anywhere, even eastern Europe.

“While we’re not sure exactly how this one made its way there, it’s always interesting to see where they end up – even if collection does prove to be a bit of a challenge.

“I’m afraid I can’t promise we will be able to deliver a new blue bin and food caddy to accompany it when we roll the new recycling system out.”