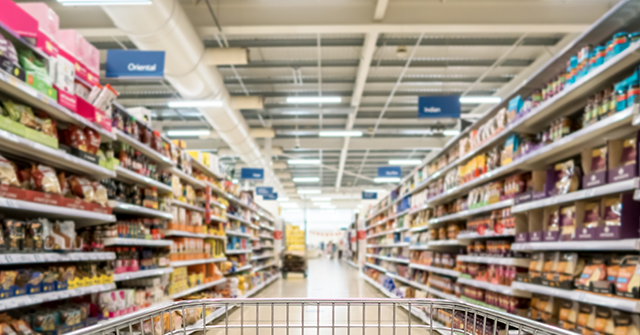 Surging food prices due to historic inflation are forcing American families to adjust their eating habits by choosing cheaper options.

Cutting back on buying meats, shopping at high-end grocery stores, and dining out are among the many ways consumers are trying to save extra cash to avoid financial instability.

One Massachusetts father, Rick Whitman, told CNN that his family was enjoying eating at home more frequently because of how expensive eating out can be but is now grappling with the reality that eating at home is also becoming pricey.

Whitman noted he was spending 25 percent more for family groceries, forcing him to shop at cheaper grocery stores, such as Costco and local chain Market Basket, instead of Whole Foods or Stop & Shop.

Polling has shown that 63 percent of American families with children are changing their eating habits, compared to 31 percent that are not, Breitbart News recently reported.

Seventy-two percent of families with children recorded paying more at the grocery store for items such as eggs, milk, butter, and bacon.

Another family also highlighted that current food prices had forced them to significantly adjust their eating habits by cutting down on dinner gatherings they used to enjoy hosting at their home.

“Before, we at least found joy in being home and having friends and family over, cooking and sitting around the table and just being content,” said Carol Ehrman from Montana. “Now, I’m not entertaining at all. It’s really sad.”

She noted that her family is trying to save money by cutting back on meats and is buying bulk foods more often.

Even if changing habits requires only giving up certain simple pleasures, it can still be jarring to any family, William Masters, a nutrition science and policy professor at Tufts University, told CNN.

“Not being able to buy the foods that people are used to — that your children are asking for, that your family wants — that’s a really hard thing,” said Masters.