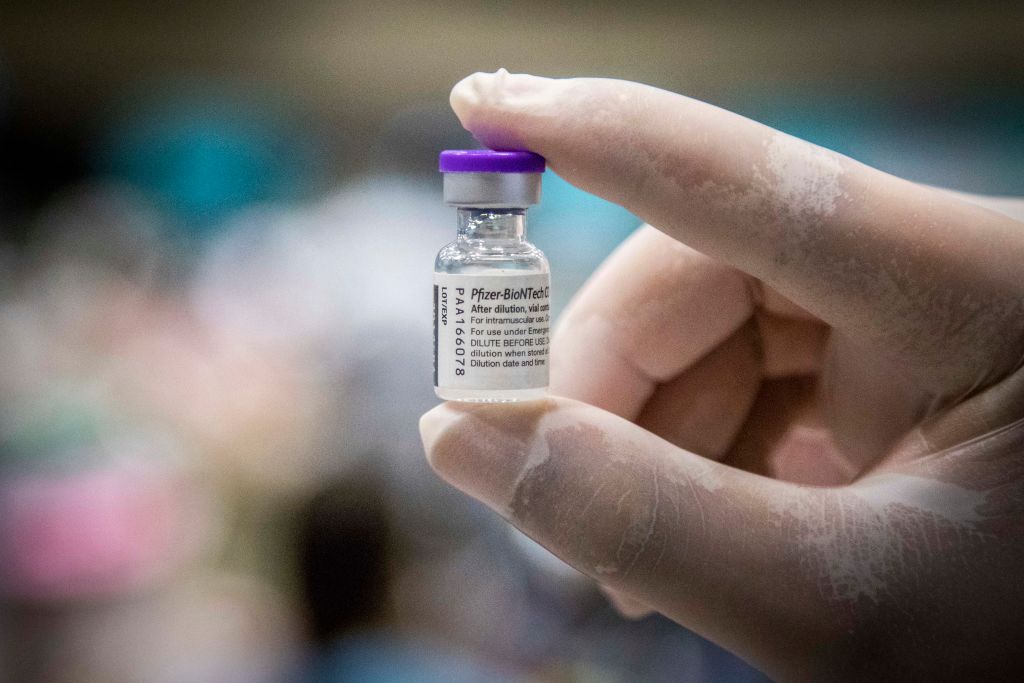 The NFL has gone to great lengths — some players argue extreme lengths — to make life difficult for the unvaccinated.

And in making its case for being vaccinated the league has said the positive Covid-19 incidence rate among unvaccinated players is seven times greater than vaccinated.

The NFL narrative also does not address that the time period for which these numbers were released — between Aug. 1 and Aug. 21 — the NFL tested unvaccinated players up to 14 times more often than vaccinated players.

Regardless of that omission the NFL narrative has a problem now.

Six coaches and a staff nutritionist tested positive for Covid-19 within the last 36 hours, OutKick.com has confirmed. All of them (or 100 percent per most calculators) were fully vaccinated.

And the point here is not to celebrate that vaccinated people also test positive or get sick. Never that.

The point is to question the league’s narrative that unvaccinated people are a major problem and the root cause of outbreaks.

Because the Saints coaching staff has an outbreak and none are unvaccinated.

The league, by the way, does not refer to outbreaks as such. Dr. Allen Sills, the NFL’s Chief Medical Officer, says an outbreak only occurs when “there is evidence of ongoing transmission within the club on an ongoing basis.”

Sills says the NFL more often has seen a “cluster” rather than an outbreak. A cluster, he said, is when there is “a small number of cases among individuals that share a connection or exposure.”

Well, when six coaches test positive and all of them are vaccinated, that is definitely a cluster for the team involved and the NFL’s narrative.

The Saints are now under what the NFL terms as elevated protocols. That means all players and staffers must be masked and undergo daily testing, regardless of vaccination status. Usually unvaccinated players test daily and vaccinated ones test every seven days.

Meetings with coaches will now be over Zoom and the team lunch room has been effectively shut down, with meals pre-packaged and taken to go.

The team is still in the Dallas-Forth Worth to which it relocated because of Hurricane Ida. The Saints are scheduled to play at the Carolina Panthers on Sunday.

One more thing and it bears repeating: Vaccinated people get Covid. Everyone understands that and even the NFL admits that.

“That illness has, again, milder symptoms than what we would have seen in previous iterations of this disease.”