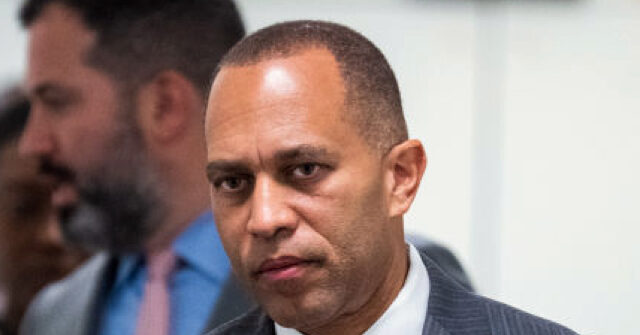 Representative Hakeem Jeffries (D-NY) said on ABC’s “This Week” that it was “unfortunate” Republicans had chosen to focus on him in the wake of him being named the House Democrat caucus leader.

On the Senate floor last week, Senate Minority Leader Mitch McConnell (R-KY) said, “The newly elected incoming leader of the House Democrats is a past election denier, who basically said that the 2016 election was, quote, ‘illegitimate’ and suggested that we had a, quote, ‘fake president.’”

Jeffries said, “It is unfortunate that Republicans have chosen to focus on me. House Democrats are going to focus on solving problems for the American people.”

Stephanopoulos said, “You did say that history will never accept Donald Trump as legitimate president, and the Republicans are making quite a big issue out of that. What is your response?”

Jeffries said, “Well, here’s the Republican playbook. Facts don’t matter. Hypocrisy is not a constraint to their behavior. And in many cases, they believe that shamelessness is a superpower. My view of the situation has been pretty clear. I supported the certification of Donald Trump’s election. I attended his inauguration even though there were many constituents and others across the country pushing me and others to do otherwise, and found ways to work with the Trump administration, being the lead Democrat in negotiating historic criminal justice reform. That track record speaks for itself. At the same time, I will never hesitate in criticizing the former president. I think I’m in good company there throughout the world.”