“We need major retailers who ordered the goods and the freight movers who take the goods from the ships to factories and to stores to step up as well,” Biden said during a speech at the White House.

Port delays continue as container ships are forced to wait for weeks to offload their cargo, frustrated by traffic and trucking and worker shortages. 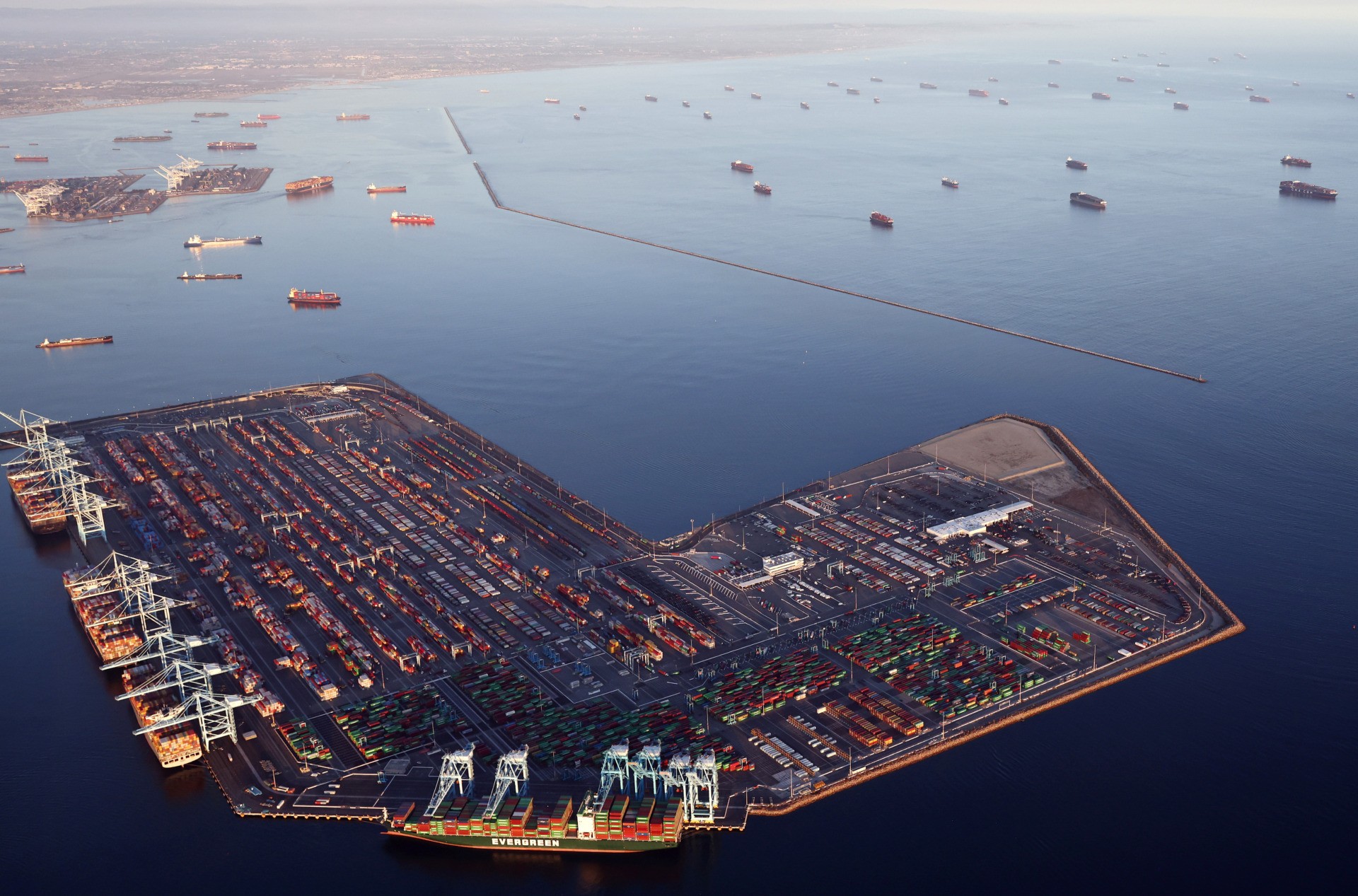 In an aerial view, container ships (Top R) are anchored by the ports of Long Beach and Los Angeles as they wait to offload near Los Angeles, California. (Mario Tama/Getty Images).

Biden announced that the Los Angeles port had agreed to move to a 24/7 schedule for operations, which could speed up offloading capacities, even though a similar effort at the Long Beach port failed to attract more truckers available to ship goods, according to the Wall Street Journal.

The International Longshore and Warehouse Union also requires significantly higher overtime pay for any work done outside of normal hours.

The president warned there was only a “potential” of his plan succeeding, noting that private companies are responsible for utilizing the extra hours and paying truckers and railcar companies to move the goods off of the docks.

“If the private sector doesn’t step up, we’re going to call them out and ask them to act,” Biden said.

The president met at the White House with representatives of Wal-Mart, Target, and the Home Depot on Wednesday, announcing they had committed to using the extra hours to offload their products.

The Long Beach port and the Los Angeles port handles about 40 percent of cargo imports into the United States.

Biden also blamed businesses for adjusting their supply chains to be more efficient before the coronavirus pandemic.

“The world has changed,” Biden said, blaming the “lean efficient supply chains” developed by private companies for being unable to handle the disruptions caused by the coronavirus pandemic.

The president praised his “ports envoy” John Porcari for his success at solving issues at the ports, even though delays continue.

“He’s done one heck of a job,” Biden concluded.