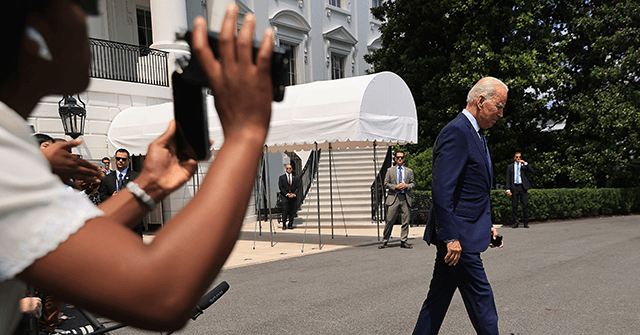 President Joe Biden remains silent about the American-launched drone strike that killed ten civilians, including seven children and no terrorists.

The Pentagon confirmed Friday that the drone strike was a mistake and said it would investigate the process behind the erroneous target.

But Biden has not spoken to reporters about the botched operation or offered a public apology.

The president twice walked by waiting reporters without answering questions as he traveled from the beach in Delaware to the White House and left in the afternoon for the United Nations summit in New York.

The White House acknowledged the mistake on Monday, but focused attention on the Pentagon’s investigation.

White House press secretary Jen Psaki sidestepped questions Monday about whether anyone in the Defense Department would be fired in response to the mistaken target.

“Obviously it was done in error and obviously there was a horrific tragedy that happened, but I’m not going to predict what the impact will be,” Psaki said.

She also tried to signal the president’s feelings about the tragic event.

“As a human being, as a president, as someone who has overseen loss in a variety of scenarios both as a leader and personally, his reaction is it is a tragedy,” she said.