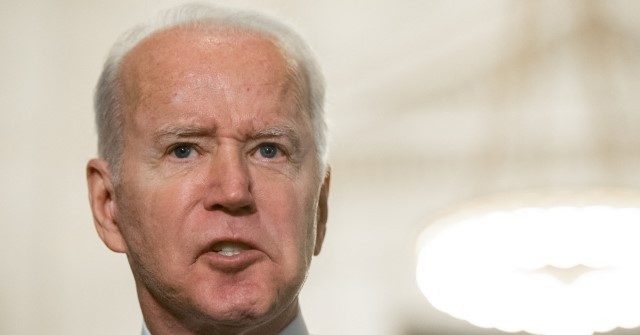 President Joe Biden failed again to advance legislation on his agenda, after traveling to Capitol Hill to lobby Democrats on Thursday.

The president tried to get the Senate to end the filibuster rules, which require a 60-vote majority to advance legislation, in order to pass legislation to federalize elections.

Biden began the week with an angry speech in Georgia denouncing the Senate for failing to advance legislation to federalize elections. The president traveled to Capitol Hill on Thursday to seek Senate Democrat support for ending the filibuster.

His visit was upstaged by Sen. Kyrsten Sinema (D-AZ) after she took to the floor of the United States Senate to defend the filibuster rules just minutes before the president arrived.

Biden’s approach was not positioned for success, however, appearing to be little more than political theater that did not impress activists.

Later Thursday evening, the president met with Sinema and Sen. Joe Manchin to discuss his agenda, but there was no notable movement in their opposition to his Build Back Better agenda or his attempt to move on federalizing elections.

“I guess I’m biased — but pretty impressive given the margin we had in the Senate and the challenges we had up against us,” she said.