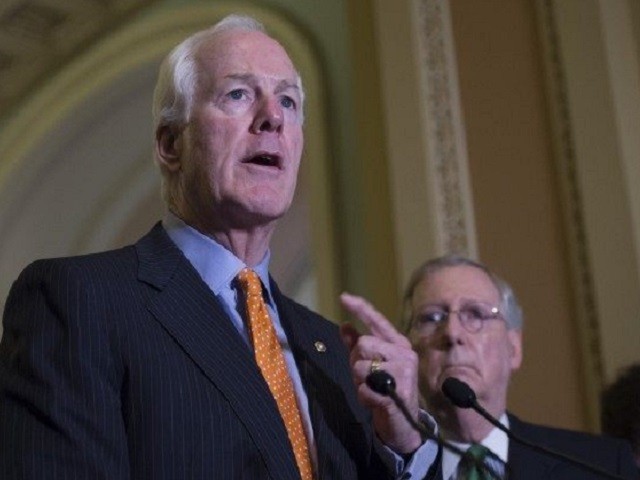 Sen. John Cornyn (R-TX) referenced the Senate gun control bill Tuesday, noting that he, nine other Republicans, and the ten Democrats working on the legislation together found “space for compromise” on gun control.

We’ve talked, we’ve debated, we’ve disagreed and finally we’ve reached an agreement among the four of us, but obviously this is not something that is going to become law or fail to become law because of a small group of senators. The truth is we had a larger group of 20 senators, 10 Republicans and 10 Democrats, come together and sign on to an agreed set of principles, and I believe that as the senators see the text that supports those principles, they will see we’ve tried our best to be true to what those agreed principles should be.

He stressed that he and the bipartisan group of Senators found “space for compromise” on gun control.

There is no room for compromise with our God-given rights @JohnCornyn pic.twitter.com/EbMPjR3xAs

On June 12 a bipartisan Senate gun control agreement/framework was announced.