Johnny Depp is not sitting at home anxiously waiting for the jury to decide his fate … he’s rocking out in England, and one of the songs has a title at the heart of the trial.

Johnny hit the stage with Jeff Beck in Sheffield England Sunday. Beck’s touring the U.K. and Johnny made a surprise appearance, and the crowd went wild.

Depp joined Beck for their 2020 collab, “Isolation.”  But, the ironic moment … they covered Marvin Gaye‘s “What Going On.” Slap a question mark on the title, and that’s precisely what the jury is deciding.

There’s a buzz Johnny might perform Monday and Tuesday night with Beck at the legendary Royal Albert Hall in London, but a Tuesday performance seems improbable. The jury is deliberating that day and could reach a verdict, and given the drama and Johnny’s commitment to the trial, it’s almost certain he wants to be in position in case there’s a decision. 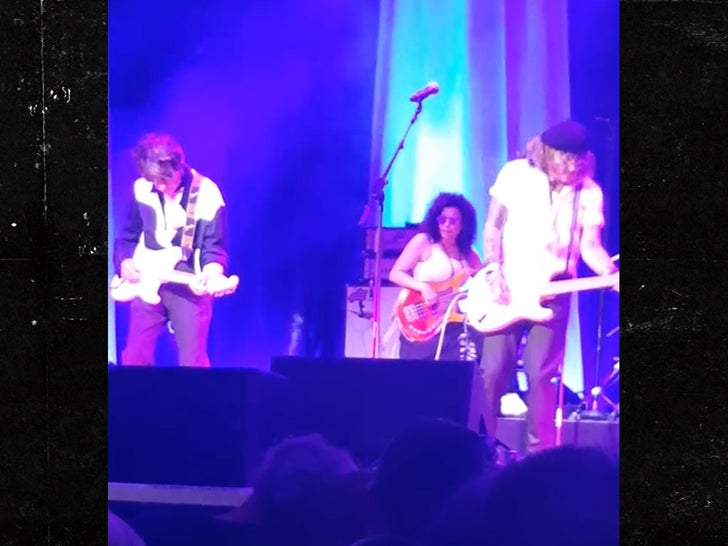 Depp died his hair for the performance … it’s much lighter than how he appeared in court.

As he testified, he came to Hollywood expecting to be a musician, which is his passion. He formed an epic band back in 2015, the Hollywood Vampires, with Alice Cooper and they frequently played the Rainbow Room on the Sunset Strip.