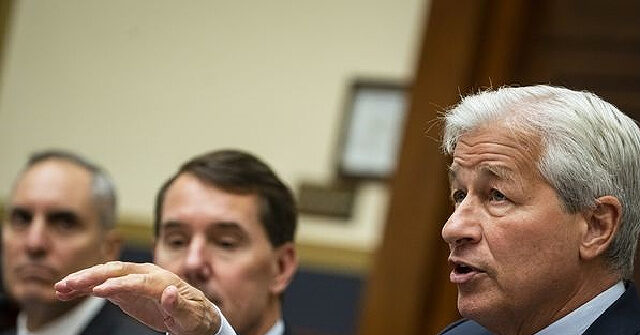 Dimon called the program “badly done” when speaking before a U.S. House panel with other large bank CEOs on Wednesday.

“We basically put a Band-Aid on, spent a lot of money and didn’t fix the problem,” he added.

President Biden’s plan would essentially give up to $20,000 in student loan cancellation to Americans earning less than $125,000 a year if they received Pell Grants and up to $10,000 in cancellation if they did not receive Pell Grants.

Dimon’s denunciation of the plan comes after a Convention of States Action/Trafalgar Group survey found that a majority of Americans would not vote for candidates who support the plan in the upcoming midterms. As Breitbart News reported:

Opinions are divided along party lines, as the overwhelming majority of Democrats, 89.4 percent, said they are more likely to vote for a candidate who supports Biden’s plan. However, 88.5 percent of Republicans said they are less likely, ad 53.9 percent of independents feel the same way.