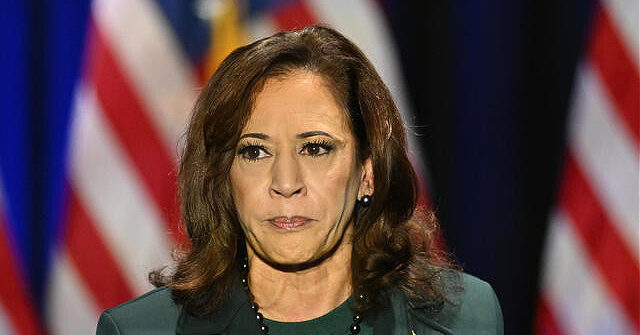 Vice President Kamala Harris omitted the right to “life” when quoting from the Declaration of Independence during her pro-abortion remarks on the 50th anniversary of the now-overturned Roe v. Wade Supreme Court case.

Harris spoke in Tallahassee, Florida, on the 50th anniversary of Roe, the landmark abortion case that the U.S. Supreme Court overturned last summer.

“We are here today because we collectively believe and know, America is a promise – it is a promise of freedom and liberty,” Harris said before quoting from the Declaration, which declares that the rights to “Life, Liberty, and the pursuit of Happiness” are natural rights.

However, Harris conveniently omitted “life” as she quoted from one of the most important documents in American history.

“Not for some, but for all,” Harris continued. “A promise that we made in the Declaration of Independence that we are each endowed with the right to liberty and the pursuit of happiness.”

Kamala Harris, while giving a speech on abortion, leaves out the right to life when quoting the Declaration of Independence. pic.twitter.com/3zAOuDY8uJ

Harris’s remarks in Florida came as Biden issued a presidential memorandum that purports to protect nationwide access to the abortion pill.

In Florida, Gov. Ron DeSantis (R) signed a bill that makes abortion after 15 weeks unlawful, with exceptions for the mother’s life or to prevent serious injury to the fetus.

“Here in Florida, healthcare providers face prison for up to five years for simply doing their job,” Harris said. “And now the state has also targeted medication abortion – and even threatened Florida pharmacists.”

In September, Harris praised Democrat attorneys general for “taking on” pregnancy centers after the Court’s decision to overturn Roe. But, at the time, Harris also failed to mention the violence far-left protesters conducted at pregnancy centers across the country.

A network of far-left militant groups orchestrated these attacks on pro-life institutions, as Breitbart News editor-in-chief Alex Marlow detailed in his “summer of rage” series, which resulted in over 100 attacks on pregnancy centers ad pro-life organizations, according to the Family Research Council.