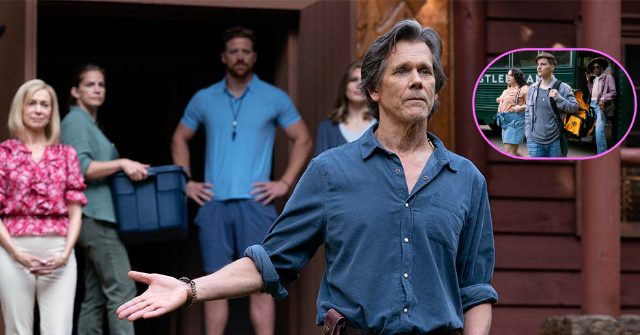 “This is a safe space for everyone” actor Kevin Bacon says in the trailer for NBC-Peacock’s LGBTQ+-themed horror thriller, titled They/Them.

In the trailer for the film, Bacon, who plays a mysterious camp counselor, is seen welcoming a group of LGBTQ teens to a gay conversion camp.

“They/Them has been germinating within me my whole life,” the film’s writer and director John Logan said, according to a report by The Wrap. “I’ve loved horror movies as long as I can remember, I think because monsters represent ‘the other,’ and as gay kid, I felt a powerful sense of kinship with those characters who were different, outlawed, or forbidden.”

“I wanted to make a movie that celebrates queerness, with characters that I never saw when I was growing up,” Logan added. “When people walk away from the movie, I hope they’re going to remember the incredible love that these kids have for each other and how that love needs to be protected and celebrated.”

They/Them, which was produced by Blumhouse Productions — the company behind Get Out — is set to be released exclusively on Peacock on August 5.