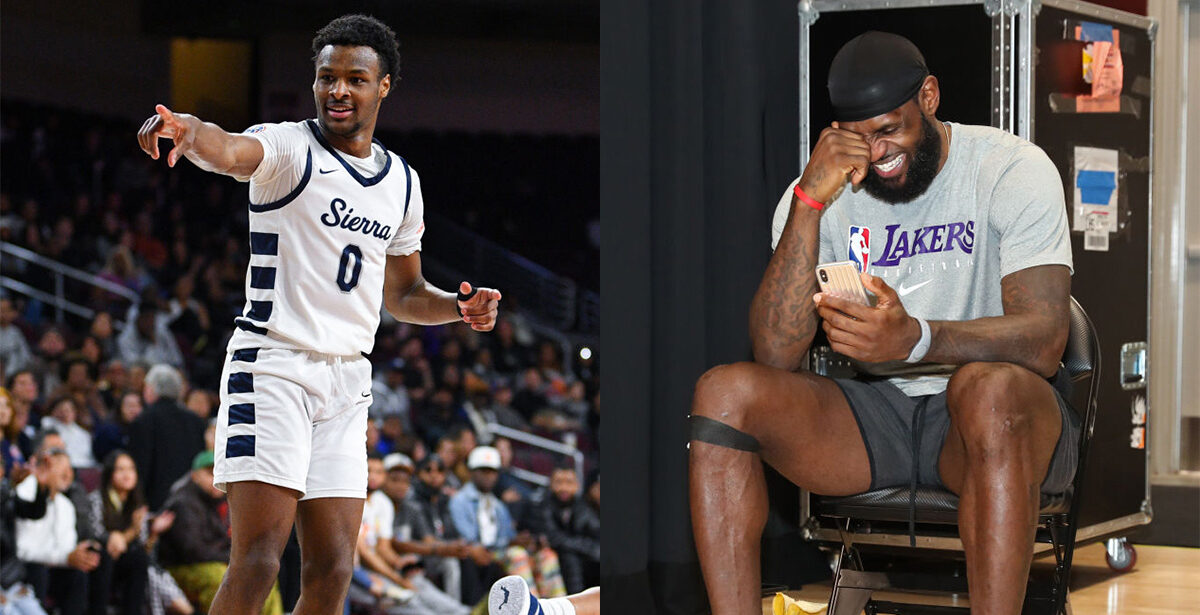 Bronny James is one of the most interesting recruits in the country. While he is a legitimate basketball talent in his own right, he carries one of the most famous last names in the history of the sport.

There are very few high school athletes who receive as much scrutiny as Bronny. His every move on the court is well-documented and it seems as though there is a spotlight on him wherever he goes once he gets off of the hardwood.

As a Class of 2023 prospect, the famous four-star combo guard is nearing a commitment.

Bronny forwent the early signing period back in November. That means that he can next make it official with his future program as early as April 12, or as late as May 17 if he wants to enroll for the fall.

However, there is no strict timeframe for when he can commit. Bronny can announce his college decision at any point, and it sounds like things are starting to take shape.

His top-three list was released last week, though the decision is really more open to five or six. All three schools have very different ties to the James family and offer very different things.

Among the top-three is Oregon— but there is just one snag as of right now. Ducks head coach Dana Altman has yet to officially offer Bronny a scholarship.

Despite the lack of offer, his father is not concerned.

LeBron recently spoke with The Oregonian about the program in Eugene. He said that Bronny ending up at Oregon is a realistic possibility, and that he discussed the idea with Atlman while on the Nike campus last summer.

Dana knows. He knows the interest. And it’s mutual.

— LeBron James, via The Oregonian

While some people may see the lack of formal offer as an indication that Bronny’s interest in the Ducks may be stronger than the Ducks’ interest in Bronny, LeBron does not see it that way. Instead, the 38-year-old, four-time NBA champion believes that his son can play at any program he chooses.

And a large part of that “pick of the litter,” if you will, stems from his father’s last name. Or at least, that is how LeBron made it sound.

I think Bronny can go to any college he wants to. All I have to do is pick up the phone. If Bronny says he wants to go there, he’s good enough.

— LeBron James, via The Oregonian

While LeBron may be right that Bronny is good enough to decide where he ends up, especially after a significant surge during his senior season, there was a large amount of nepotism in his statement. If Bronny is as good as LeBron thinks, why does he need to pick up the phone on his son’s behalf at all?