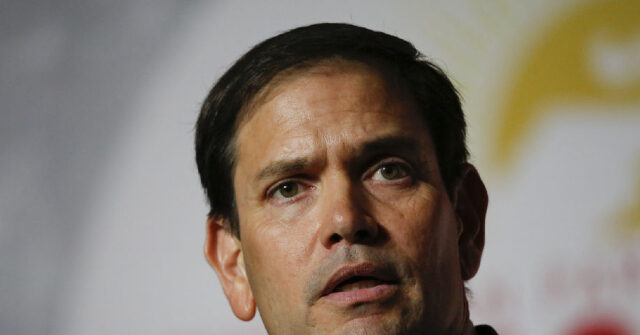 Leftists who are sounding the alarm over Florida sending dozens of migrants to Martha’s Vineyard are “hypocrites,” Sen. Marco Rubio (R-FL) said in a video posted on Wednesday.

“In what country are you allowed to enter illegally into a country, violating its laws? And within a week, being in court, suing the very government whose laws you’ve just violated?” Rubio asked in light of reports of the migrants, who have since been deported from Martha’s Vineyard, suing Gov. Ron DeSantis (R). They filed a class action lawsuit, with representation from Alianza Americas and Lawyers for Civil Rights, alleging that they were defrauded by DeSantis, who they believe violated their Fourth and Fourteenth Amendment rights.

However, the DeSantis administration hit back, noting that the migrants actually signed a consent form, which reads:

I agree to hold the benefactor or its designed representatives harmless of all liability arising out of or in any way relating to any injuries and damages that may occur during the agreed transport to locations outside of Texas until the final destination in Massachusetts.

If these activists spent even a fraction of this time and effort at the border, perhaps some accountability would be brought to the Biden Administration’s reckless border policies that entice illegal immigrants to make dangerous and often lethal journeys through Central America and put their lives in the hands of cartels and Coyotes.

Only in President Biden’s America, Rubio continued, is this the reality.

“The 48 migrants from Venezuela who violated our laws a week ago and entered the country illegally, are now suing. They’re now in court. They have a lawyer,” Rubio said, explaining that “no other country in the world would allow that.” He went on to say:

And the other hypocrisy here is all of these people in the media in politics going around saying that we have an obligation to assume this responsibility of caring for millions of people who are coming have come or want to come. Who assumes responsibility? Who supports the pay period? Who’s supposed to pay for all this, because they don’t want to pay for it … they don’t want it.

“They’re hypocrites and the radical leftists who want to destroy this country,” he said. “That’s what this is.”

America is apparently the only nation on earth where you can enter by violating our laws and then a week later sue the government whose laws you violated pic.twitter.com/HoJGZZcZ46

Gov. Ron DeSantis (R) has made the same argument, explaining that the elites’ decision — to deport the migrants off the wealthy island within 48 hours — is the height of hypocrisy.