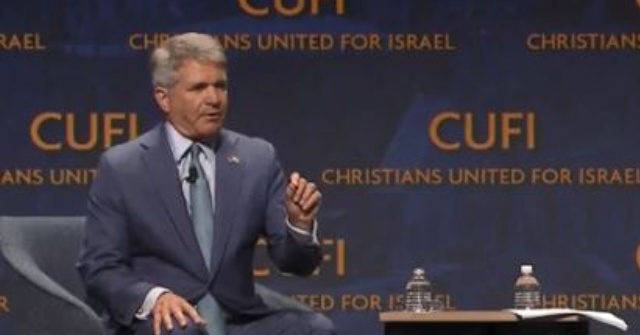 On Monday’s broadcast of CNN’s “Situation Room,” House Foreign Affairs Committee Ranking Member Michael McCaul (R-TX) stated that there are around 10,000 interpreters who worked with U.S. forces still in Afghanistan, and they “are gone. The Taliban will not allow them to leave.” And are “already being executed.”

McCaul said, “The interpreters who worked with our special forces, they are gone. The Taliban will not allow them to leave.”

Host Wolf Blitzer then cut in to ask McCaul if he was referring to SIV holders.

McCaul responded, “Special Immigrant Visas, these are the guys that worked right with our special forces. The Taliban views them as the worst of the worst. Because they betrayed, in their view, their country and they worked with the infidel.”

Blitzer then asked, “How many people are you talking about?”

Blitzer then asked, “So, you think they’re going to be stuck? They’re never going to get out?”