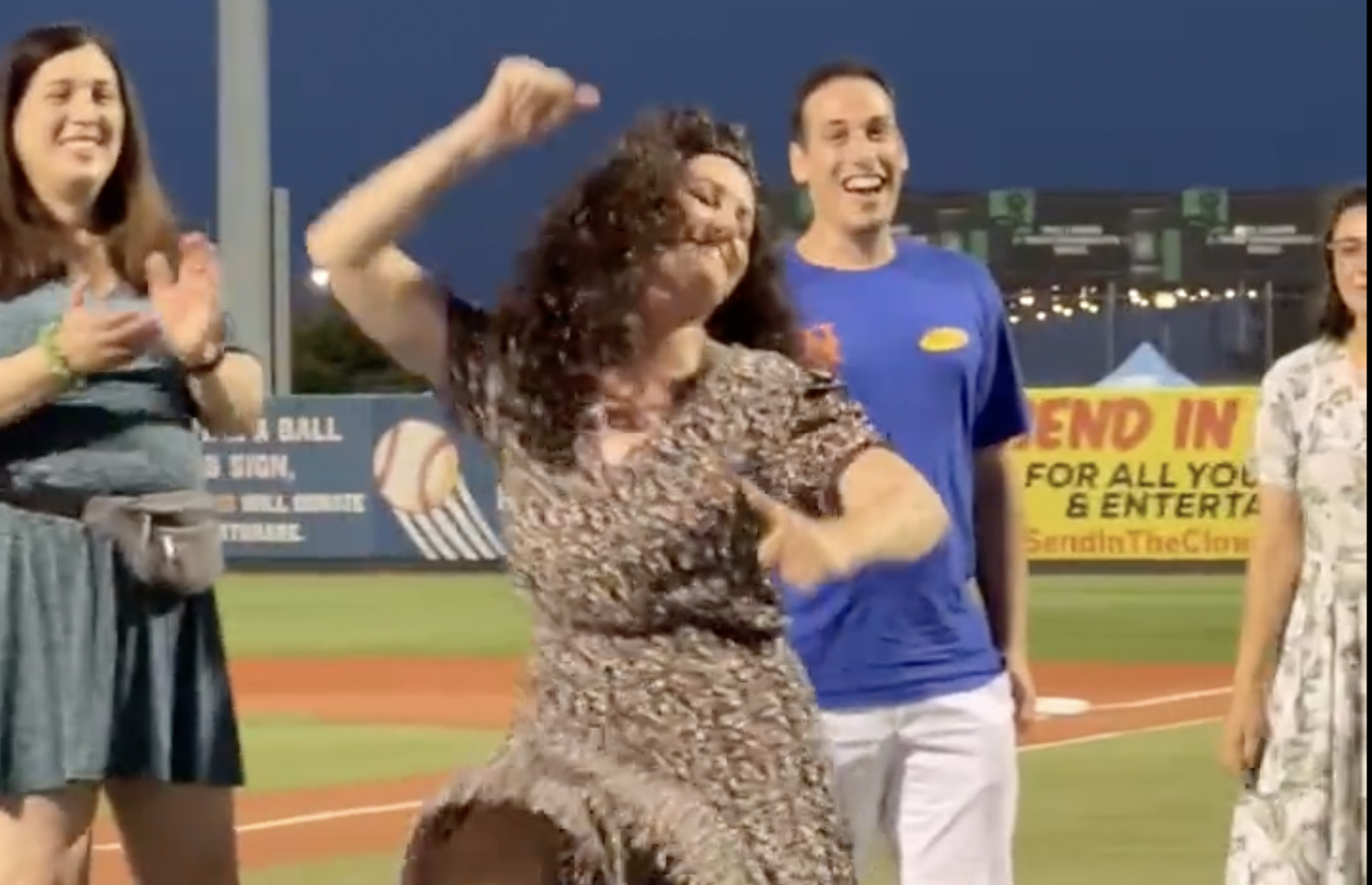 The South Atlantic League’s Brooklyn Cyclones turned the clock back to the 1990s and celebrated one of the greatest television shows ever with a Seinfeld night complete with an Elaine dance contest.

Minor league baseball teams love a good theme night. They can take many forms, but a popular version is to have some sort of pop culture tie-in, like a Star Wars night, complete with stormtroopers standing in the crowd and blocking peoples’ views.

Watch some of the action from the Cyclones’ theme night below.

The Mets minor league affiliates hosted a night full of events and enough references to the iconic sitcom to make just about anyone say “Okay, we get it; you like Seinfeld.”

Just from the quick video recap released by the team, you can make out some of the evening’s festivities including what looked like the Closest to the Blowhole golf competition a la Kramer, a pasta sculpture making contest, and something that involves sitting on balloons, likely inspired by Frank Costanza’s “million-to-one shot, doc.”

However, it would appear that the main event was the Elaine dance contest, where competitors dressed up and shook it like Julia Louis-Dreyfus’ famous character.

These competitors were bringing the heat. Thumbs pointed, little leg kicks, and shoulder movements so jerky they probably needed to be iced the next morning. One dancer even threw in a little nod to Elaine’s Baltimore Orioles.

If I had to pick a winner, I’m going with the woman who had the costume down to the hair just about perfect. It was uncanny. No matter who took home the win, the Seinfeld-loving crowd filled with puffy shirts and urban sombreros got their money’s worth.

According to Fox Sports, the night was a complete success everywhere but on the field. The Cyclones were on the receiving end of an 18-2 beating courtesy of the Aberdeen IronBirds.