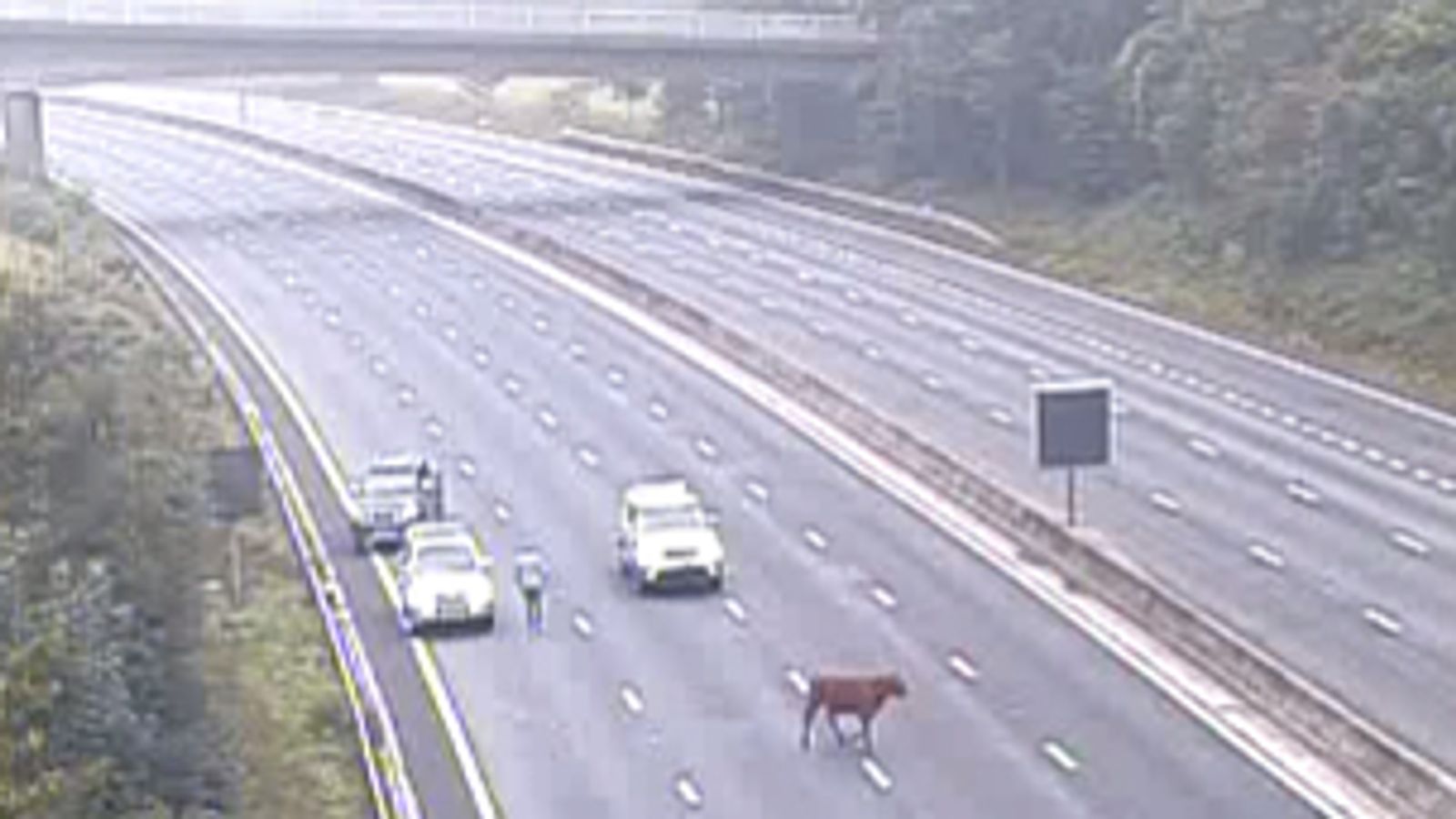 A cow wandered on to the M25 motorway on Thursday morning after breaking through a fence and escaping its field.

Surrey Police received calls from the public at around 8.35am to say it was on the anti-clockwise carriageway between junctions 5 and 6 near Godstone.

Rush hour traffic was blocked while the farmer and traffic officers tried to convince the cow, reportedly called Daisy, to get a move on.

An Inrix traffic data journalist who saw the incident on cameras while at work said: “A cow jumped a fence and got on to the road just after 9am and about 10 police in total were at the scene.

“The police held traffic for about 20 minutes to try to catch it.”

The road was reopened at 9.23am but residual delays of around half an hour were reported afterwards.