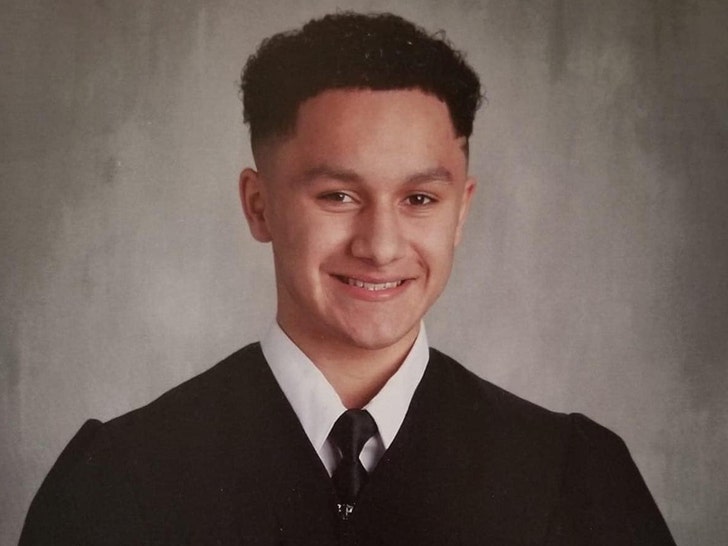 “The Linden Public School district is deeply saddened by the tragic death of a Linden High School sophomore student,” the school said in a statement. “The district extends its heartfelt condolences and will continue to offer prayers and support to the family during this difficult time.”

The district says they’ve made counseling available to any students and staff who want to talk to a professional.

McClain was “critically injured” during a varsity football game on September 9 … when Linden was taking on Woodbridge H.S. in Woodbridge.

According to witnesses who were at the game, Xavier, in the second half, was returning a kickoff when the injury occurred. An ambulance was quickly brought onto the field, and play was temporarily halted.

FYI, kickoffs are one of the most dangerous plays in football. In fact, there’s been a push by some to eliminate the play from the sport. 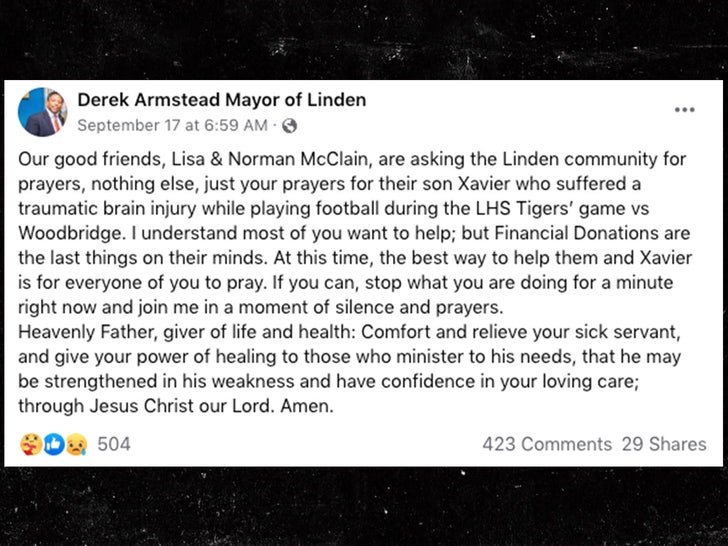 Derek Armstead, the mayor of Linden, asked the community for prayers for Xavier’s parents, Lisa and Norman, as they grieve the tragic loss of their son.

“At this time, the best way to help them and Xavier is for every one of you to pray,” Armstead wrote in a social media post. “If you can, stop what you are doing for a minute right now and join me in a moment of silence and prayers.”

Armstead — who’s known Xavier and his parents for years — said the news “hurts,” adding, “I trust that God knows better.”

“HE needed an angel and decided to call Xavier home to be with HIM,” Armstead wrote. “I asked that you continue to keep the family in your prayers.”