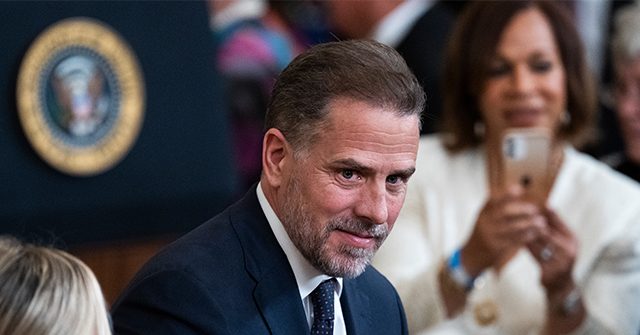 The shocking raid Monday of former President Donald Trump’s home at Mar-a-Lago, Florida, stood in stark contrast to the many Trump opponents that the Federal Bureau of Investigation (FBI) has not raided despite public evidence of alleged misconduct.

Hunter Biden and Joe Biden: The FBI has been in possession of Hunter’s laptop since 2019, which contains evidence that Hunter used Joe’s position to conduct lucrative foreign business. He also cut his dad into deals and commingled their funds.

Hillary Clinton: Former Secretary of State Hillary Clinton mishandled classified information on a private server she likely used to hide efforts to use her office to raise money for her family’s foundation. She was infamously excused by the FBI.

Marc Elias and the Russia hoaxers: Elias, a lawyer for Democrats, helped arrange the so-called Russia “dossier,” which was then used to launch fraudulent and abusive investigations of Trump and his campaign. He has never been brought to justice.

James Clapper and John Brennan: The “Statler and Waldorf” of deep-state cable pundits fueled the Russia hoax and then cited their intelligence credentials to claim, falsely, that Hunter Biden’s laptop was Russian disinformation in 2020.

Adam Schiff: Schiff lied to the public about his role in instigating the first Trump impeachment, then used his committee’s report to spy on members of the committee and the president’s lawyer, and failed to appear before the Judiciary Committee.

Kamala Harris: As the country reeled from riots in the summer of 2020, then-Sen. Harris (D-CA) called on supporters to bail out rioters in Minneapolis, likely encouraging more violence. She also referred to law enforcement as a “paramilitary.”

Black Lives Matter: Amid evidence that the left-wing group has been abusing its charitable status, even liberal states issued warnings to the group. But though the movement’s scope is nationwide, the FBI or DOJ have yet to do anything about it.

James Comey and Andrew McCabe: Amid evidence that the former FBI director and deputy director, respectively, had leaked to the media, they were let off the hook by internal investigations and have enjoyed speaking fees and cable slots.

By contrast, Trump allies past and present — such as Roger Stone, Paul Manafort, Peter Navarro, and others — have been subjected to spectacular raids, often leaked to friendly media ahead of time, over relatively minor or unrelated allegations.