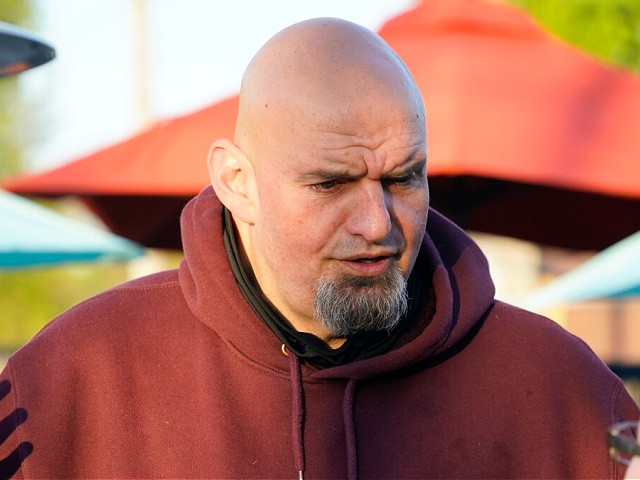 Pennsylvania Lt. Governor John Fetterman, who is running for the Democratic nomination for the U.S. Senate for Pennsylvania, greets supporters at a campaign stop, Tuesday, May 10, 2022, in Greensburg, Pa. (AP Photo/Keith Srakocic)

Oz won the Republican nomination for the Pennsylvania seat that will be left vacant by the retiring Sen. Pat Toomey (R-PA) after a contentious race against businessman David McCormick. Former President Donald Trump endorsed Oz in the crowded primary, hailing the celebrity doctor as the man who could win.

“The Great Commonwealth of Pennsylvania has a tremendous opportunity to Save America by electing the brilliant and well-known Dr. Mehmet Oz for the United States Senate,” Trump said. “I have known Dr. Oz for many years, as have many others, even if only through his very successful television show.”

Though Dr. Oz had a checkered history as a pro-life advocate, the former president hailed him for being “Pro-Life, very strong on Crime, the Border, Election Fraud, our Great Military, and our Vets, Tax Cuts,” and a strong advocate for the 2nd Amendment.