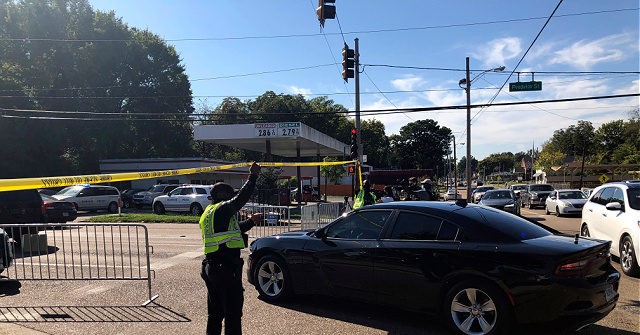 Two people are reported dead after a postal worker allegedly opened fire at a sorting facility in Memphis, Tennessee, before 2 p.m. on Tuesday.

WJHL reports the facility in which the shooting occurred is located at 2801 Park Avenue and the scene was secure by 2:50 p.m.

BREAKING: Memphis police responding to a shooting at the post office in Orange Mound. A woman who lives nearby tells me she heard multiple shots and then screams. @3onyourside pic.twitter.com/UPuzoWHO1j

New York Daily News points out that the area in which the shooting occurred is for postal workers only, so no customers were there or harmed.

AWR Hawkins is an award-winning Second Amendment columnist for Breitbart News and the writer/curator of Down Range with AWR Hawkins, a weekly newsletter focused on all things Second Amendment, also for Breitbart News. He is the political analyst for Armed American Radio and a TPUSA Ambassador. Follow him on Instagram: @awr_hawkins. Reach him at [email protected]. You can sign up to get Down Range at breitbart.com/downrange.