Some pro-life advocates were met with blasphemous screams as they prayed during the 50th annual March for Life on Friday.

The pro-life advocates, who were holding a sign which read “Life Always Wins,” continued to pray despite the young woman’s repeated remarks about Jesus and abortion.

“Not very holy of you, not very Christian of you, huh?” she said when a pro-life activist tried to stand in between her and the people praying. She then took out a whistle and began blowing it insistently.

But despite her jeers, the praying pro-lifers continued to recite The Lord’s Prayer and pray for the unborn who have lost their lives to abortion and for the Supreme Court and for President Joe Biden.

March for Life describes itself as “the largest annual human rights demonstration in the world,” and has been convening since the Supreme Court handed down its Roe v. Wade decision in 1973 declaring a supposed “right” to abortion.  The organization says even with Roe overturned “the necessary work to build a culture of life in the United States of America is not finished.” 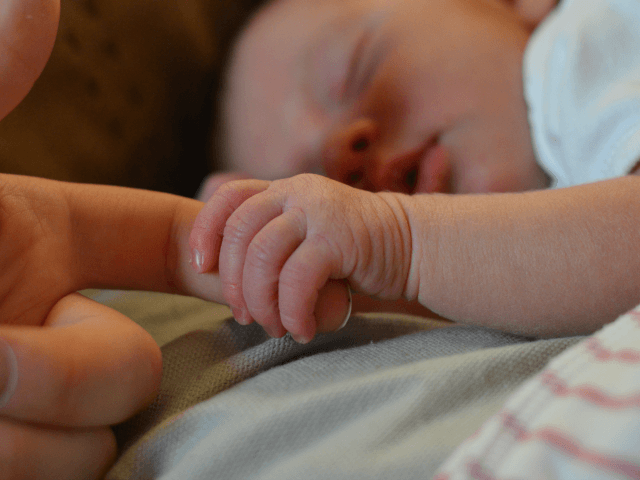 “Rather, it is focused differently. Sadly, the number of abortions annually is still well over 900,000 each year, and that number is expected to decrease only by roughly 200,000 each year in a post-Roe America,” the group states. “Many national legislative battles loom, including even keeping longstanding Hyde protections, which limit government funding for abortion on annual appropriation bills.”

The Hyde Amendment has saved over 2 million lives and is arguably the most impactful pro-life policy in our nation’s history, but now cannot be taken for granted. Last, our most important work is changing hearts and minds. The goal of the national March for Life is to not only change laws at the state and federal level, but to change the culture to ultimately make abortion unthinkable.

“With the role of the states being more important, we are also growing a strong state March for Life initiative quickly; however, we will continue to march every January at the national level until a culture of life is restored in the United States of America,” the website reads.