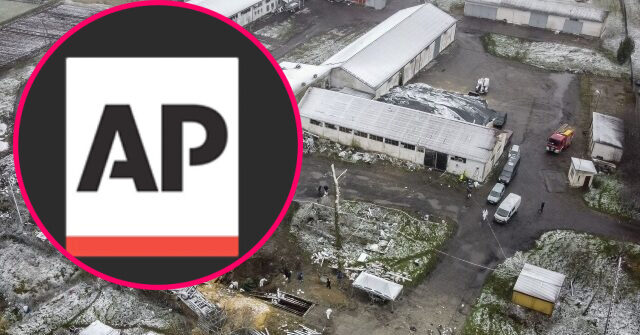 A 10-minute Slack exchange led to one of the Associated Press’s biggest reporting snafus in recent memory, according to a report by Semafor.

If the alert was accurate, it would have meant that Russia attacked a NATO member, which could have prompted a military response from the transatlantic alliance, which includes the U.S. Per Article 5 of the alliance’s treaty, an attack on one member is to be considered an attack on all. The report was repeated by other news outlets and caused international consternation.

The AP’s alert went beyond what the Polish government and the U.S. government were confirming, and some open-source military analysts also questioned whether the projectile came from Russia, citing photos of the aftermath and noting that the damage could be caused by Ukrainian air defense missiles.

The next day, Poland confirmed the projectile was a Ukrainian air defense missile that had “unfortunately” fallen into Polish territory, and the AP retracted its report. The Daily Beast reported on Monday that the AP fired the reporter who had initiated the erroneous tip.

Semafor published a Slack exchange on Tuesday that showed the company’s internal communications leading up to the bungled alert.

According to the report, James LaPorta, a national security reporter, had sent in a Slack message that said: “From a senior American intelligence official (vetted by Ron Nixon) yes, Russian missiles crossed into Poland. At least two people are dead from initial reports. Also, missiles entered moldova — no casualties at this time (edited).”

A co-worker said: Can we alert from that or would we need confirmation from another source and/or Poland?”

LaPorta responded: “That call is above my pay grade.”

Several editors weighed in in favor of sending out an alert. LaPorta said he could not write the alert, since he was at a doctor’s appointment, adding, “What I pass is all I know at the moment.” Someone else crafted the alert and sent it out. LaPorta would tweet out the alert.

Semafor reported: “…the slack messages on which the incident played out tells a different story, of honest mistakes, internal confusion, and a lack of a clear process that led to a disaster for one of the few news organizations whose Twitter presence is an authoritative account of world affairs.”

People involved told Semafor that Nixon, an editor, had previously approved that specific anonymous source in the past but was not aware of the particular tip or story, and that LaPorta’s editors took his words “vetted by Ron Nixon” to mean that he did.

The AP had to retract the story and publish a rare correction, saying, “Subsequent reporting showed that the missiles were Russian-made and most likely fired by Ukraine in defense against a Russian attack.”

LaPorta was first suspended and then fired after a review by the wire service.

He told Semafor that he would “love to comment but I’ve been ordered by AP not to comment.”

The Associated Press blasts alerts out to its hundreds of news partners around the world at lightning speed, and updates stories continually as they evolve. But the fact that a story that theoretically could’ve triggered armed conflict between NATO and Russia required less than ten minutes, one anonymous source, and just over a dozen Slack messages for the wire service to publish suggests a systemic editorial failure, not one reporter’s blunder.

The AP, however, said the confusion stemmed from LaPorta adding that his source had been vetted by Nixon, which is a violation of the organization’s policies, since anonymous sources have to be vetted every time.

An AP spokesperson told the Washington Post they did not anticipate disciplining editors for the snafu.

The AP told Semafor the incident was “part of a pattern of behavior.”

AP spokesperson Lauren Easton said AP is continuing to review the incident, but implied that the decision to fire LaPorta was not based just on last week’s story but did not clarify what the incidents were.

“When our standards are violated, we must take the steps necessary to protect the integrity of the news report. We do not make these decisions lightly, nor are they based on isolated incidents,” Easton told Semafor. “The story did not meet our standards. We continue to look into every aspect of what happened.”