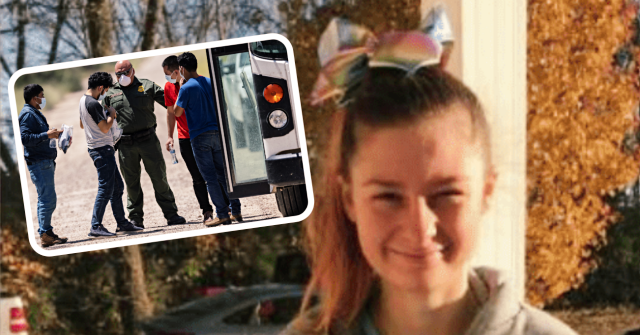 As Breitbart News reported last week, the Aberdeen Police Department arrested a 17-year-old illegal alien MS-13 Gang member from El Salvador in connection with Hamilton’s murder. He is expected to be charged with first-degree murder. Police have not released the suspect’s full identity to the public.

According to police, Hamilton was strangled to death in July 2022. Hamilton’s family said the young woman had recently moved to Aberdeen with her 22-year-old boyfriend. The illegal alien’s DNA, police allege, matched with evidence recovered at the murder scene.

Immigration and Customs Enforcement (ICE) officials confirmed to police that the suspect is an illegal alien from El Salvador and is listed in the nation’s database of MS-13 gang members.

Former ICE official Jon Feere, with the Center for Immigration Studies, reports that the illegal alien suspect had been released from the border into the U.S. interior by Biden’s DHS as an Unaccompanied Alien Child (UAC).

🚨SCOOP: I can report that the illegal alien MS-13 murder suspect was ALLOWED INTO THE COUNTRY by the Biden administration as an “Unaccompanied Alien Child” (UAC) last year. Was there a background check? Who is the alien’s sponsor? What do the HHS and DHS secretaries have to say? https://t.co/E7jG6zRIOv

Every year, thousands of UACs are released directly into American communities after having arrived at the southern border.

In Fiscal Year 2021, for instance, nearly 123,000 UACs were released into the U.S. interior — a 700 percent increase compared to Fiscal Year 2020 when former President Trump was in office.

Of those released into the U.S. interior in Fiscal Year 2021, 66 percent were male and 92 percent arrived from Honduras, Guatemala, or El Salvador. Likewise, 72 percent ranged from 15 to 17 years old, the prime recruiting age for gangs such as MS-13.

Hamilton leaves behind her parents, Tammy Nobles and Sean Weakley, as well as her stepfather, Jeremiah Nobles; brother and sister, Christopher Mack and Emma Nobles; along with her grandparents and countless aunts, uncles, cousins, and friends.

Angel Families, those Americans whose loved ones have been killed by illegal alien suspects, have formed organizations across the United States to aid others going through the same situations and advocate for more interior immigration enforcement to ensure such preventable crimes do not occur.

The illegal alien is currently remains at the Hartford County Detention Center.