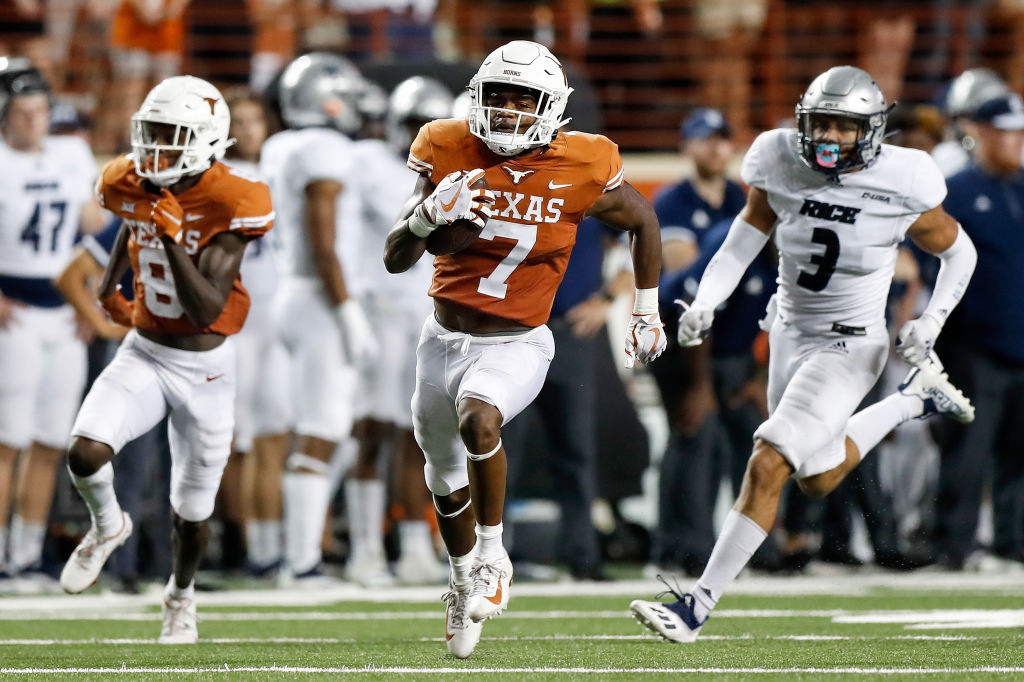 The Texas Longhorns faced a tough loss on the road loss to Arkansas, head coach Steve Sarkisian made a few adjustments, and it seems to be paying off with conference play just around the corner.

The Horns kickoff on Saturday against Texas Tech at 11 a.m. and Sarkisian said the team has plenty of things to work on and room for growth.

Junior quarterback Casey Thompson is the starter this week, Hookem.com reports. But Sarkisian said what has changed is Hudson Card’s role.

After stating the past three Mondays that the backup would get into that week’s game, the head coach didn’t make any promises this week.

“I would love to play Hudson Saturday as well. But the flow of every game is different,” he said. “All these games are all worth the same technically, in totality; obviously, Big 12 play, we’re 0-0 and the goal is to come out of here Saturday 1-0. .. If we feel Hudson can provide an opportunity, to get him into the game and provide something, we’ll get him in there.”

The running backs are starting to find their footing and Sarkisian said he loves they each bring something different to the table. Hookem.com reports it appears that Bijan Robinson, Roshcon Johnson and Keilan Robinson all will continue to factor into the game plans.

Through three games, per Hookem.com:

“Every game takes on a personality, a life of its own. But I think clearly they’ve all got their unique style to them,” Sark said. “Clearly Bijan is a pretty well-rounded runner with the size, the speed, being elusive, the physicality, the stiff-arm, then the breakaway speed. I think Roschon’s football IQ really helps him; he is a big, physical guy, tremendous in pass protection, great hands. Keilan, a little different: change of pace, shifty, you can see that kind of fifth gear kick in on that touchdown run.”

As of now, Texas is a 10-point favorite against Tech.