“A crisis that began at our southern border now extends beyond to every state and requires immediate action before the situation worsens,” the group wrote, which includes Texas Gov. Greg Abbott (R), and Arizona Gov. Doug Ducey (R). 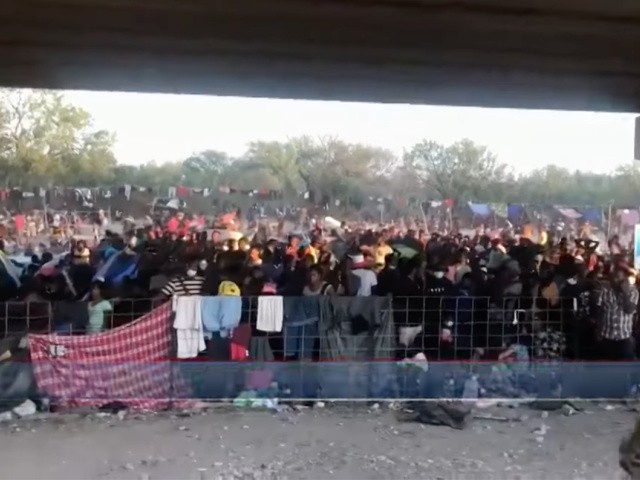 Migrants housed under an overpass in Texas.

“While governors are doing what we can, our Constitution requires that the President must faithfully execute the immigration laws passed by Congress,” the letter continues. “Not only has the federal government created a crisis, it has left our states to deal with challenges that only the federal government has a duty to solve.” 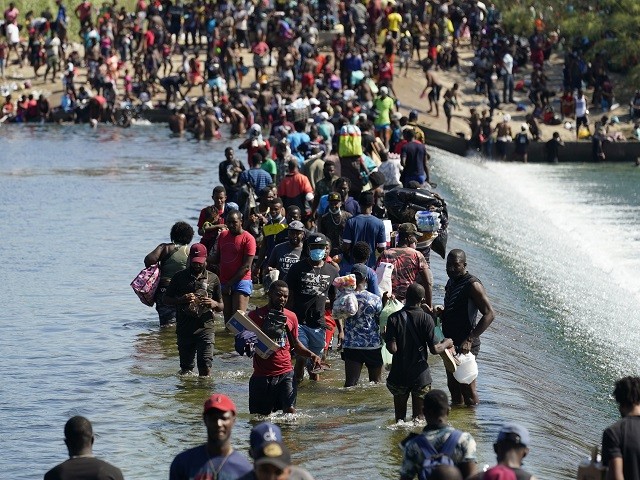 Haitian migrants use a dam to cross to and from the United States from Mexico, Friday, Sept. 17, 2021, in Del Rio, Texas. Thousands of Haitian migrants have assembled under and around a bridge in Del Rio presenting the Biden administration with a fresh and immediate challenge as it tries to manage large numbers of asylum-seekers who have been reaching U.S. soil. (AP Photo/Eric Gay)

“As president, you have the ability to take action to protect America, restore security, and end the crisis now,” they added before requesting an “open and constructive dialogue regarding border enforcement on behalf of U.S. citizens in our states and all those hoping to become U.S. citizens.”

The letter from the governors noted border apprehensions have increased nearly 500 percent from last year with about 9,700 illegal migrant apprehensions have previous criminal records. The Governors also said the highly addictive drug called fentanyl has been recovered more by law enforcement this year than in the combined past three years. 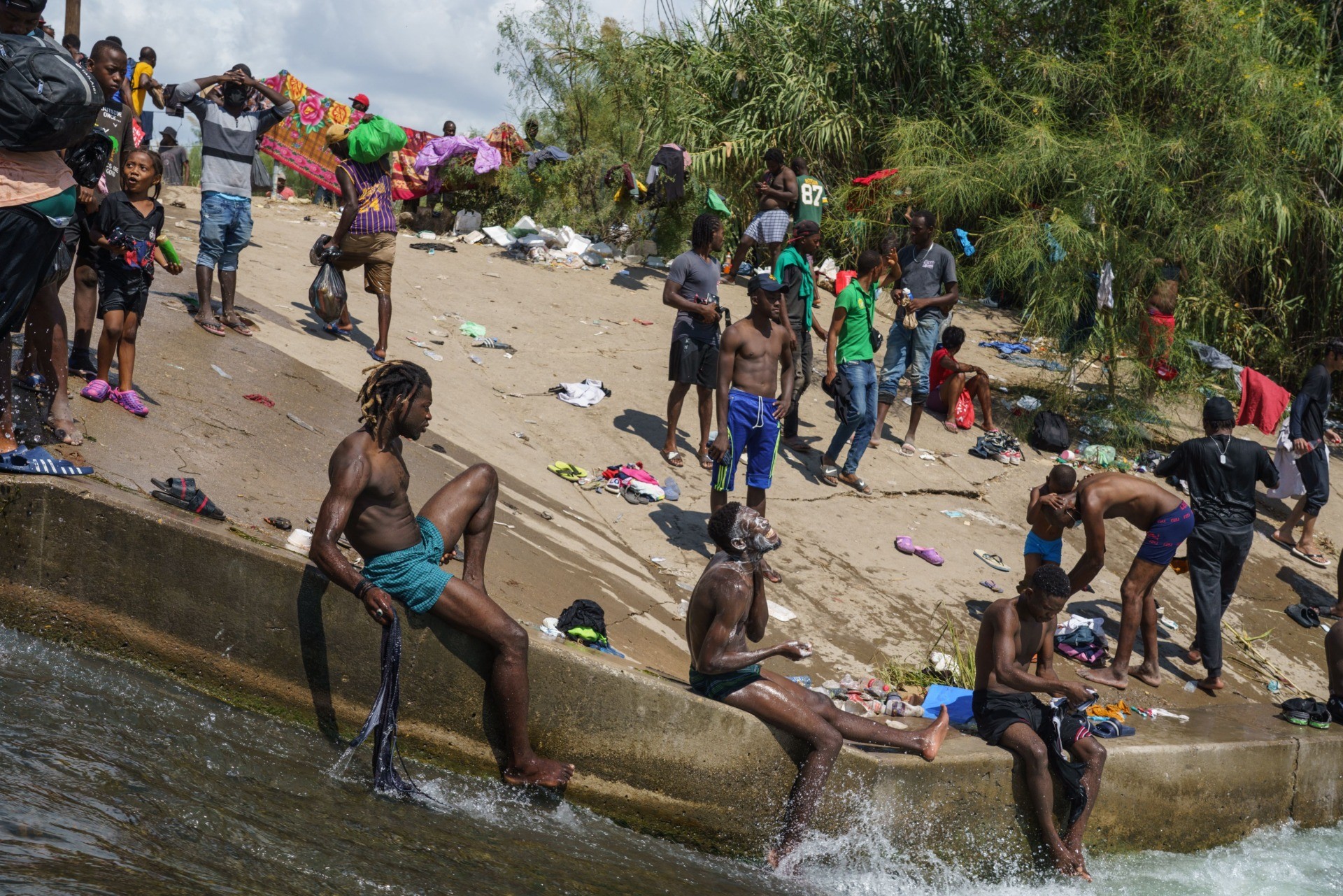 Migrant men bathe in the Rio Grande near the Del Rio-Acuna Port of Entry in Del Rio, Texas, on September 18, 2021. (PAUL RATJE/AFP via Getty Images).