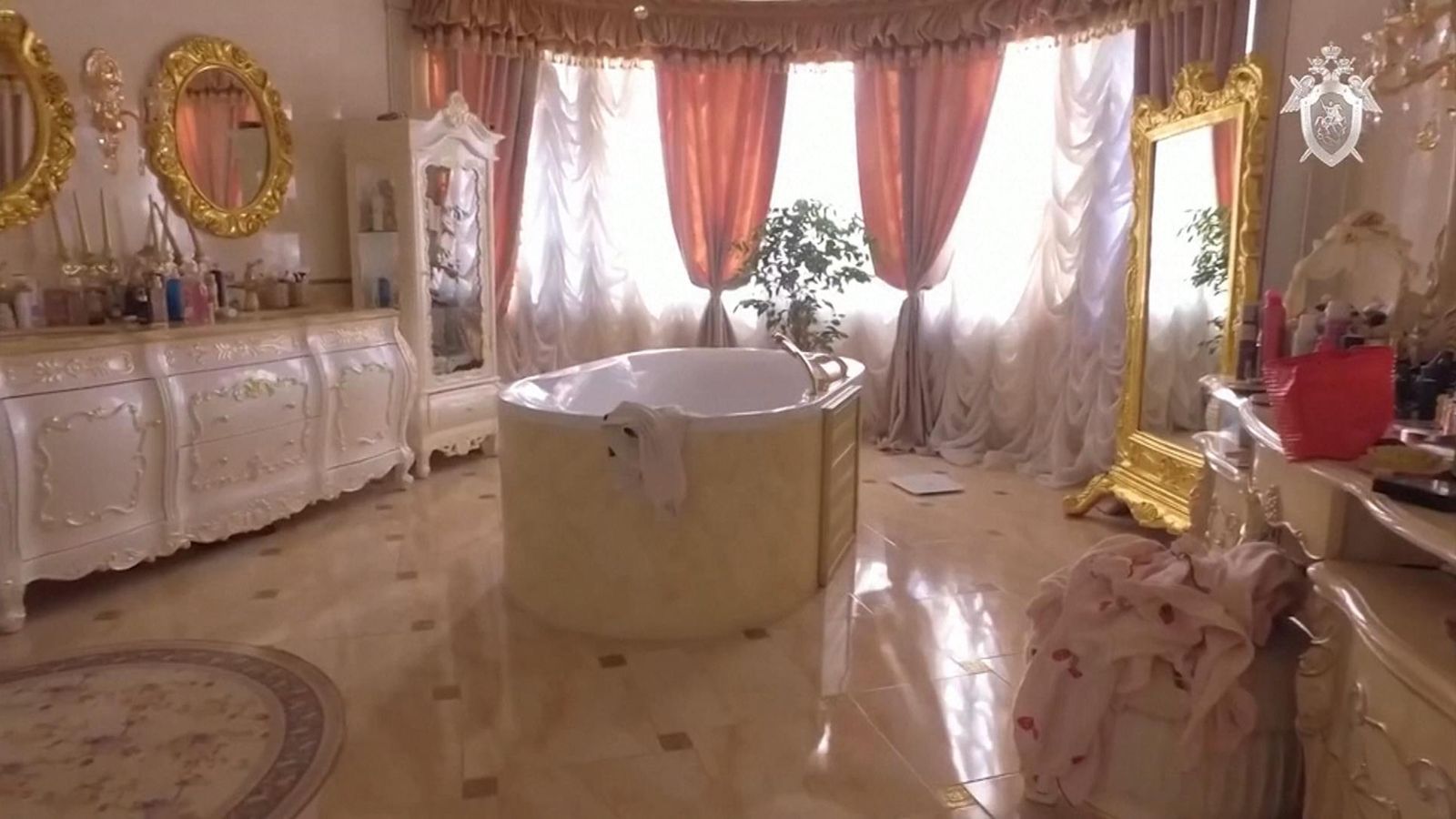 A senior Russian traffic officer accused of leading a criminal gang has been arrested on suspicion of accepting bribes.

Police colonel Alexei Safonov and six other people were arrested by Russia’s Investigative Committee in the southern region of Stavropol.

Officials released footage of the Safonov’s mansion, its lavish rooms, extravagant decorations, a billiards hall, and even a golden toilet.

He is believed to have led a criminal gang which issued permits to grain cargo transporters in exchange for bribes.

The permits allowed the transporters to ignore regional laws, even when crossing police checkpoints.

The Investigative Committee of Russia, which is roughly equivalent to the FBI in the US, said the group received bribes worth 19 million roubles (£187,568).

Among the gang members arrested were a former senior traffic officer, a traffic inspector, and four civilians.

Alexander Khinshteyn, a senior politician in the country’s largest political party – United Russia, said that more than 35 traffic police officers had been detained in the larger operation.

Some 80 properties were raided as part of the investigation, with authorities seizing large amounts of cash, expensive cars and documents.