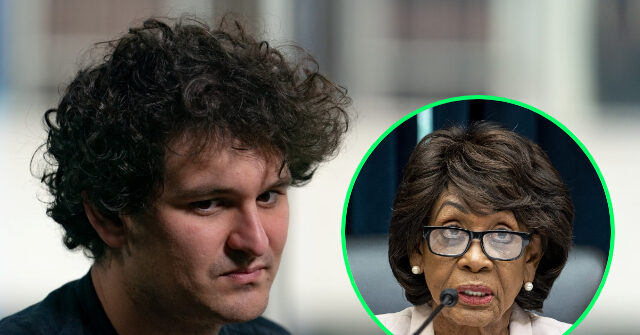 “@SBF_FTX, we appreciate that you’ve been candid in your discussions about what happened at #FTX. Your willingness to talk to the public will help the company’s customers, investors, and others. To that end, we would welcome your participation in our hearing on the 13th,” Waters wrote, inviting Bankman-Fried to testify before the committee’s planned December 13 hearing.

In response, two days later, Bankman-Fried claimed he is still “learning and reviewing” what led to FTX’s collapse and thus cannot testify before the committee.

The disgraced former tech CEO wrote, “Rep. Waters, and the House Committee on Financial Services: Once I have finished learning and reviewing what happened, I would feel like it was my duty to appear before the committee and explain. I’m not sure that will happen by the 13th. But when it does, I will testify.”

Rep. Waters, and the House Committee on Financial Services:

Once I have finished learning and reviewing what happened, I would feel like it was my duty to appear before the committee and explain.

I’m not sure that will happen by the 13th. But when it does, I will testify. https://t.co/c0P8yKlyQt

The collapse of digital currency exchange FTX, as well as its sister organization hedge fund Alameda Research, rocked the cryptocurrency industry. As lawmakers and public officials try to figure out what happened, the Department of Justice (DOJ) has requested an independent inquiry into FTX regarding fraud allegations.

Breitbart News reported that Bankman-Fried and his cofounders donated over $300,000 to nine lawmakers who are now investigating the company for wrongdoing.

DOJ Trustee Andrew R. Vara said in the agency’s filing: “An examiner could – and should – investigate the substantial and serious allegations of fraud, dishonesty, incompetence, misconduct and mismanagement by the Debtors.”

The filing described the collapse of FTX as the “fastest big corporate failure in American history.” According to Vara, there is a strong reason to believe that Bankman-Fried, the former CEO, and other managers, “mismanaged” the company “or engaged in fraudulent conduct.” Bankman-Fried has been replaced as CEO by John Jay Ray III who famously oversaw the bankruptcy of Enron. Vara added that the court should approve the appointment of an independent examiner to investigate the matter further.

After FTX quickly collapsed, lawyers started to wonder if the exchange had engaged in fraudulent activity by misusing customer funds. In court filings, new FTX CEO John Jay Ray III stated that the company had hidden the misappropriation of corporate funds, including the purchase of a property in the Bahamas for employees.

“Never in my career have I seen such a complete failure of corporate controls and such a complete absence of trustworthy financial information as occurred here,” Ray said in the filing.

The U.S. Attorney’s Office for the Southern District of New York and attorneys for the Securities and Exchange Commission (SEC) have sent requests for information to cryptocurrency investors and trading firms that have worked with FTX.