Since the leak of Justice Samuel Alito’s draft majority opinion in the Dobbs v. Jackson Women’s Health Organization case that eventually led to the overturning of Roe v. Wade, America has endured a “Summer of Rage.” The wave of demonstrations saw protesters going far beyond simply donning “Handmaid’s Tale” bonnets and gathering around the Supreme Court. There have been dozens of acts of violence, destruction, and harassment aimed at intimidating anti-abortion Christians and conservatives. In this series of articles, we identify key players, organizations, and locations in this radical movement. We will also explain elements of the interconnected system that provides organizational and/or financial support for this radical agenda.

Read the other articles in this series:

Summer of Rage, Part IV: ‘Ruth Sent Us’ Organizer Tied to Doxxing of Justices Once Claimed She Was Victim of ‘Creepy’ Stalking

Unseat PAC, a political action committee founded by “Ruth Sent Us” organizers Vara Ramakrishnan and Sam Spiegel, was terminated in 2018 after the group failed to properly disclose its finances to the Federal Election Commission (FEC).

The pro-abortion group Ruth Sent Us, whose name is an apparent homage to former Supreme Court justice and abortion industry ally Ruth Bader Ginsburg, gained national notoriety after publishing the supposed location of the homes of the six center-right Supreme Court justices.

While media reports have noted the connection between Ruth Sent Us and Unseat as well as the fact that the PAC was shuttered in 2018, Breitbart News has learned that the group had been terminated by the FEC. In the termination letter, Unseat was warned that “any receipt or disbursement of funds by the committee for the purpose of influencing a Federal election or supporting a federal candidate will void the administrative termination.”

Breitbart News attempted to reach Mr. Spiegel and Ms. Ramakrishnan to ask why Unseat PAC stopped filing with the FEC, as well as additional questions about their activity, but we did not receive a response.

Questions remain about Unseat’s activities, financial or otherwise. In 2020, Unseat raised thousands of dollars on GoFundMe in support anti-police protests in Oakland. And, Spiegel still regularly tweets from the @UnseatPAC Twitter account, including statements in support of pro-abortion protests. 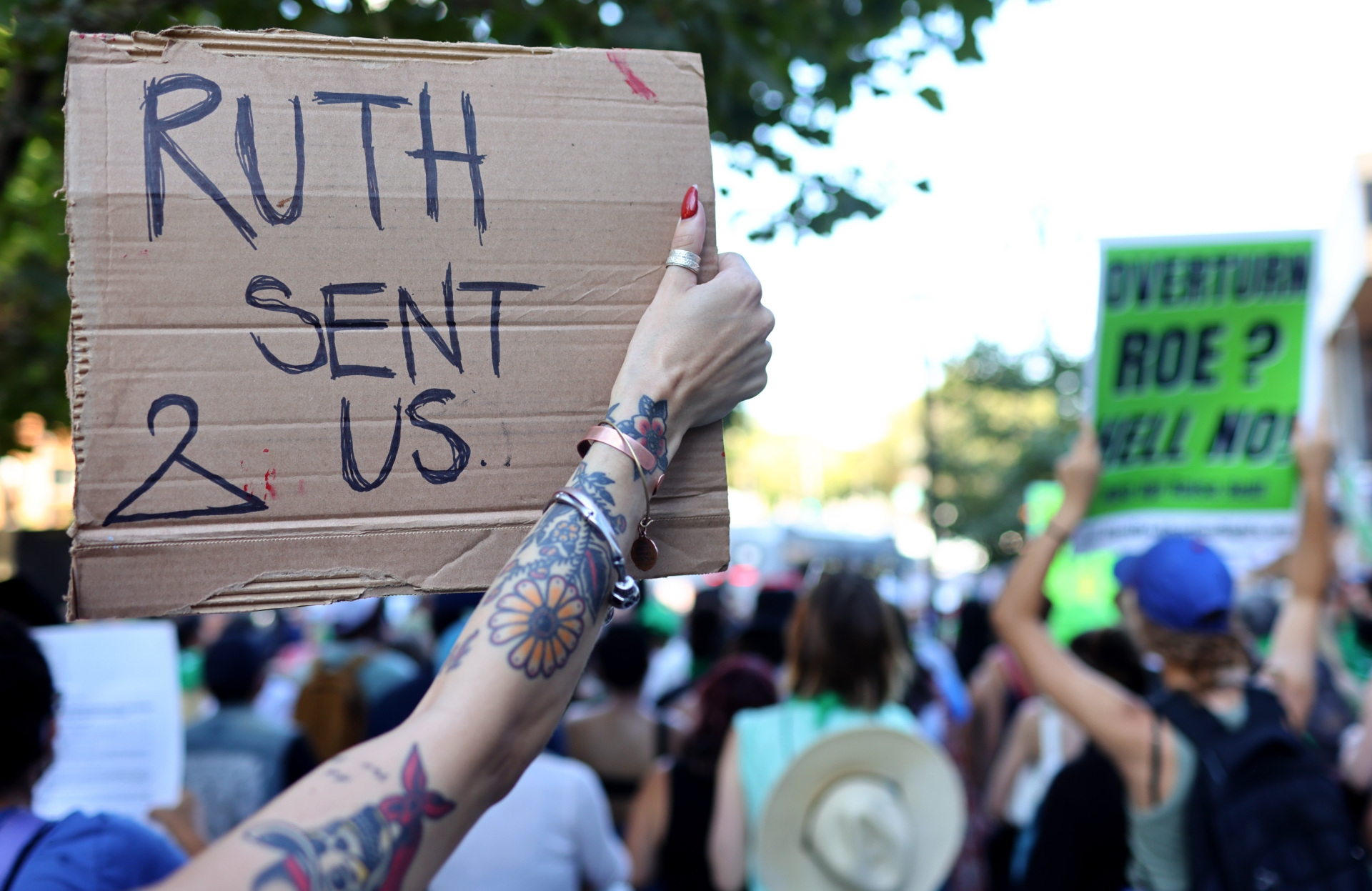 A pro-abortion activist holds a “Ruth Sent Us” sign during a protest on June 27, 2022, in Los Angeles, California. (Mario Tama/Getty Images) 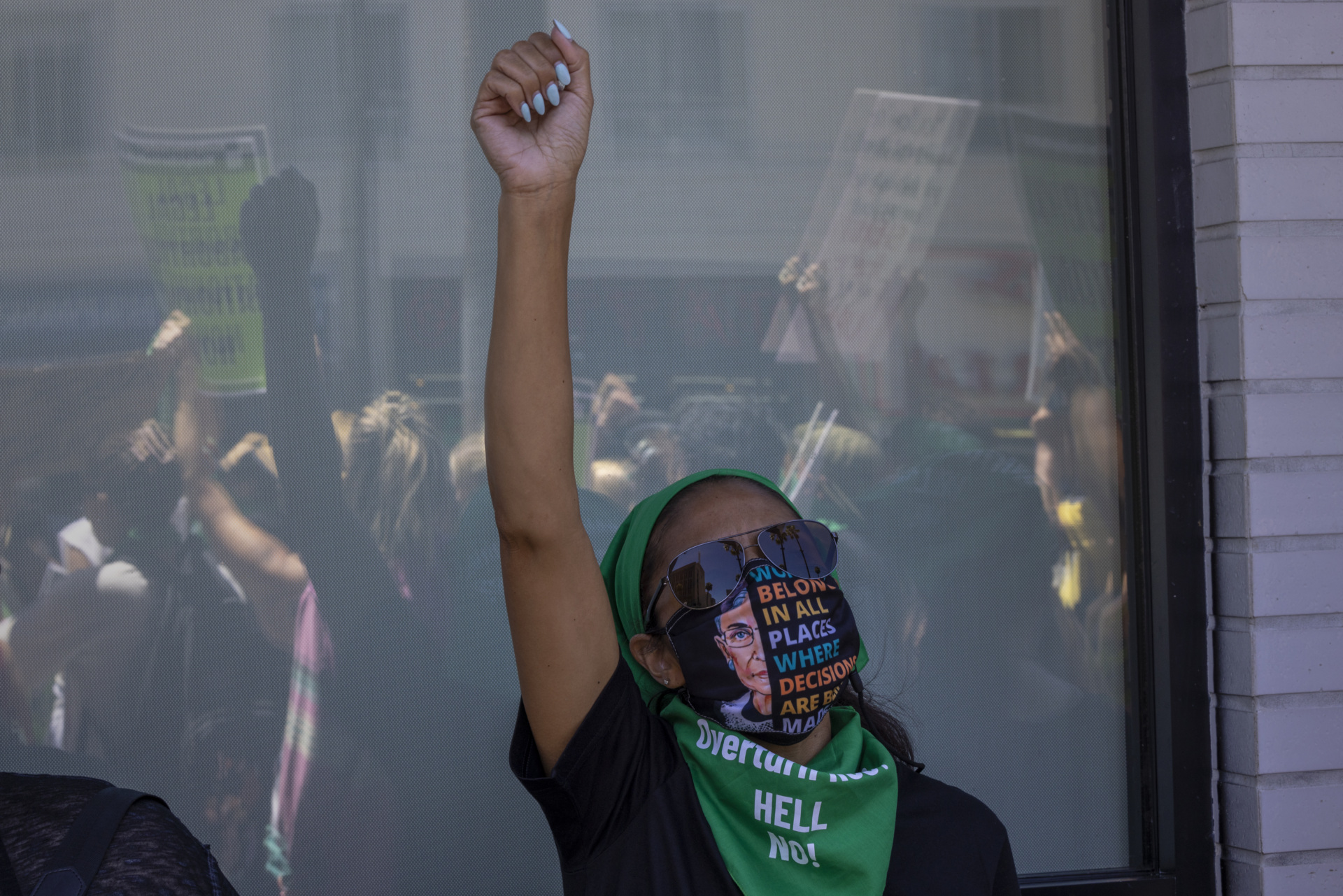 A pro-abortion activist wears a bandana with a image of former Supreme Court Justice Ruth Bader Ginsburg during a protest in Los Angeles, California, on July 9, 2022. (David McNew/Getty Images) 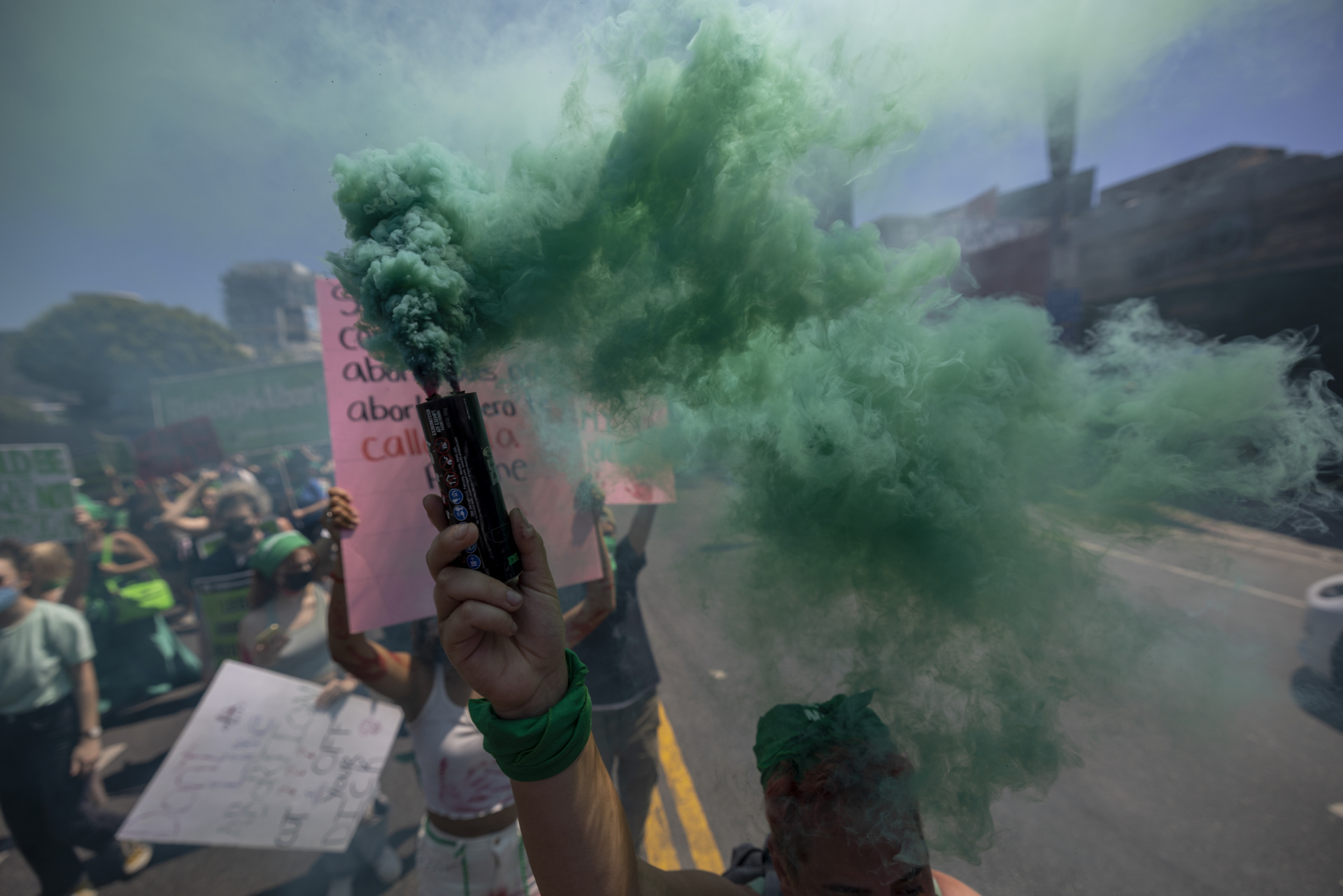 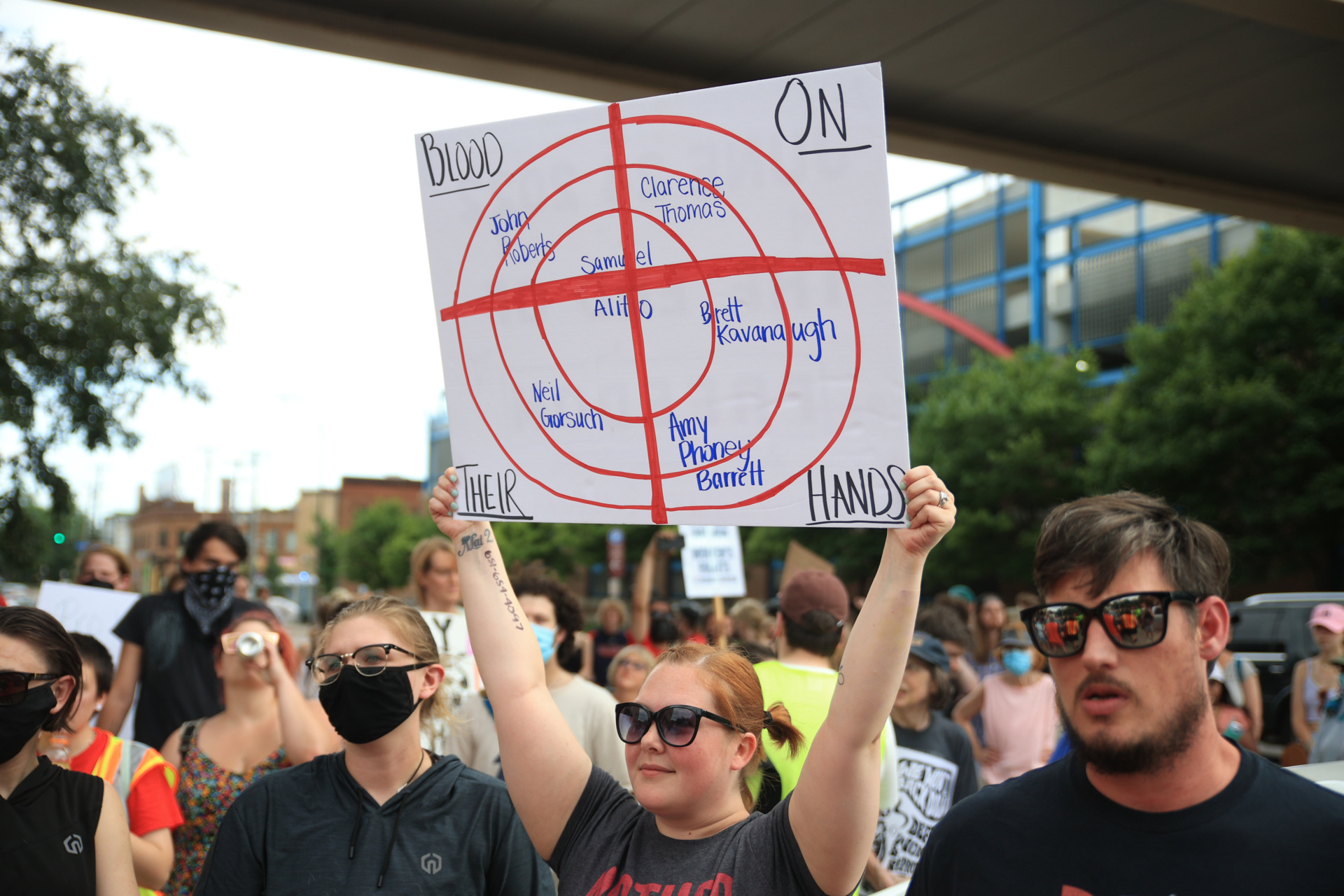 A pro-abortion activist holds a sign showing the names of Supreme Court Justices in a gun’s crosshairs during a protest in Minneapolis, Minnesota, on June 24, 2022. (Nikolas Liepins/Anadolu Agency via Getty Images) 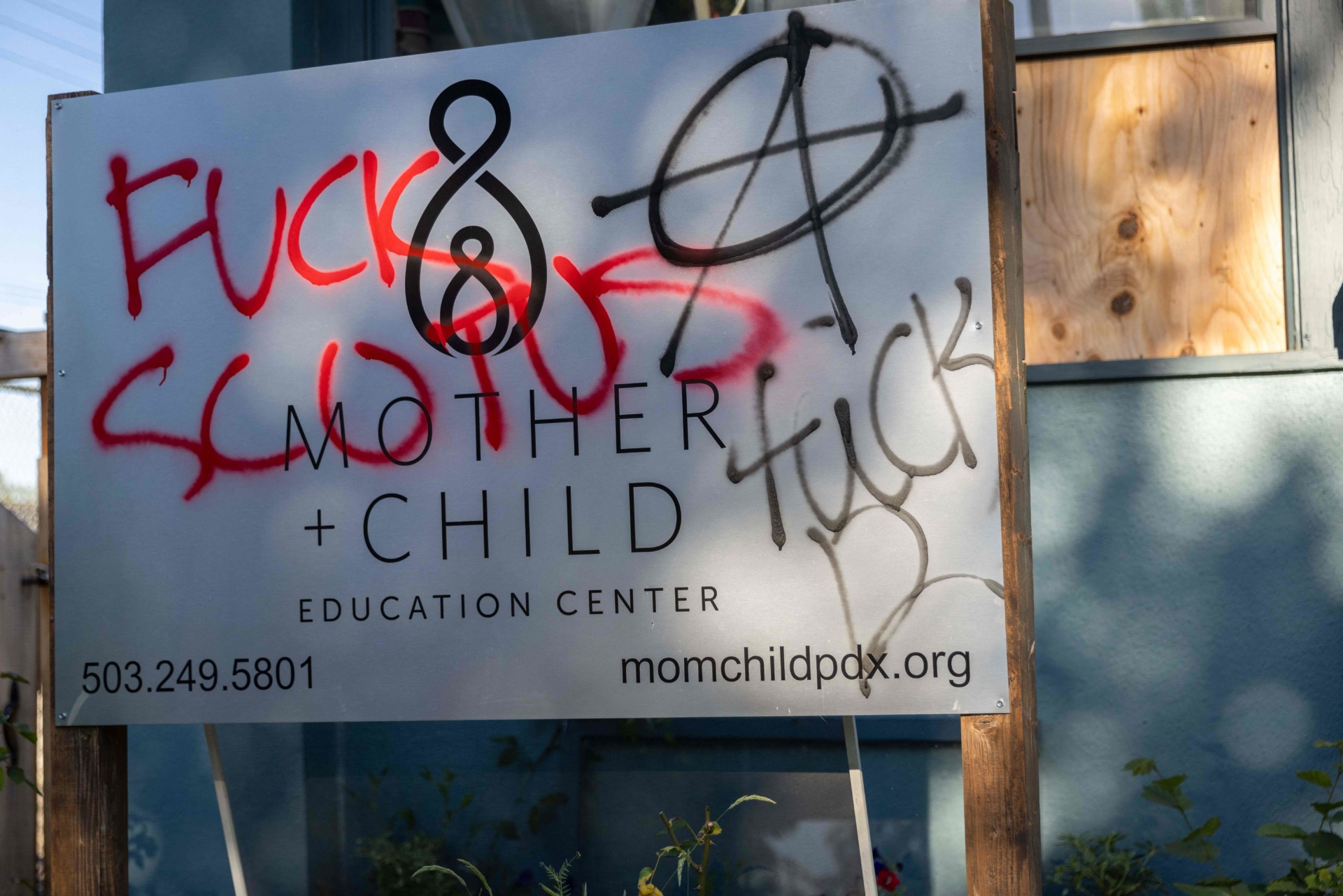 Broken windows are boarded up behind a spray-painted sign at a Mother and Child Education Center in Portland, Oregon, on June 26, 2022, after the property was attacked by pro-abortion activists the night before. (John Rudoff/Getty Images)

The only expenditure the PAC disclosed was to NationBuilder, which markets software designed to help nonprofits and political organizations manage social media campaigns. Unseat appears to have used that software to launch a campaign pressuring tech companies to stop donating to Republicans.

According to Open Collective, the group’s current fundraising portal, Vigil for Democracy, has so far raised thousands to support protests targeting conservative Supreme Court Justices. Specific funding items include money for rides to the neighborhoods of Justices, support for the Morton’s waiter who tipped the group about Kavanaugh’s presence, and an online security review to protect the identities of protestors.

Alex Marlow is the Editor-in-Chief of Breitbart News, the host of Breitbart News Daily on SiriusXM’s Patriot Channel 125, and the author of the bestselling book, Breaking the News: Exposing the Establishment Media’s Hidden Deals and Secret Corruption. You can follow Alex on Facebook, Instagram, and Twitter at @AlexMarlow.