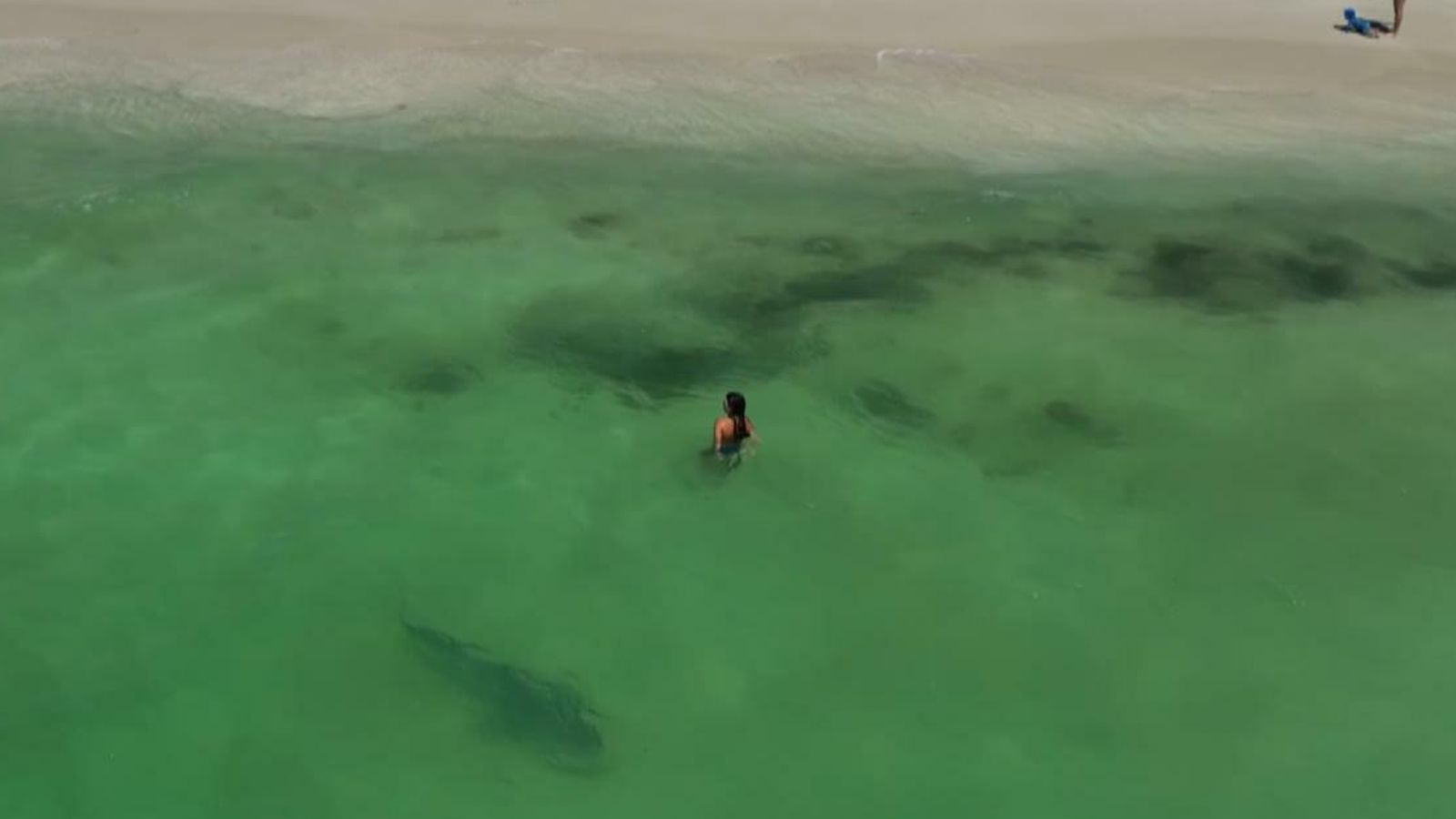 A large shark has been spotted swimming close to a popular beach in the Australian city of Perth.

Beachgoers were forced to cut short their dips at Mullaloo Beach after the 2.5 metre-long (8ft) tiger shark was seen around midday on 9 January.

The beach was particularly busy when the predator approached, as it is currently the long summer school holiday in Australia.

This was the second time the beach had to be shut in less than a week after a previous sighting of a shark along the shoreline on 5 January.

The video shows a woman wading in the shallow waters very close to the shark and a child with a bodyboard running out of the water.

The beach was eventually reopened shortly before 2pm.

The video was filmed by Perth resident Toby Nicol, who said: “We nicknamed it Trevor. The shark has been using the shallows of Perth’s northern beaches for a month now and has had many close encounters with people.”

Tiger sharks have been known to attack and even kill humans – they are second only to great whites in the number humans they are known to have attacked.

Western Australia is no stranger to shark attacks either. In October last year, a man nearly lost his arm after being attacked by an unidentified species of shark while spear fishing near Port Hedland on the north coast of the state.