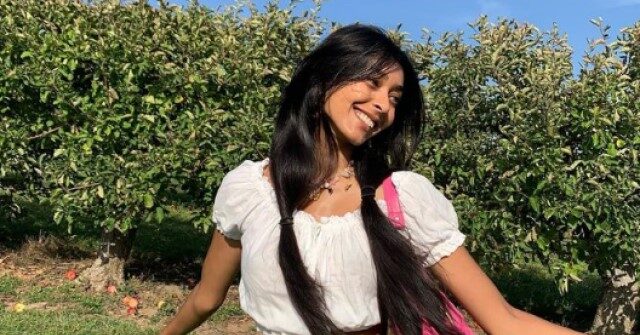 “It is with heavy hearts we announce the light of our life, our kind, caring, and beautiful daughter, Megha Thakur, suddenly and unexpectedly passed away on November 24, 2022 in the early morning hours,” the young woman’s parents wrote in a post to her Instagram page:

“Megha was a confident and independent young woman. She will be dearly missed. She loved her fans and would have wanted you to know of her passing,” the post continued.

Followers expressed their sadness over the news, one person writing, “She was such a talented and kind young woman. May she Rest In Peace.”

“I’m so so sorry for your loss. This is heartbreaking, can’t believe this is real. She was truly an incredible person, didn’t deserve to go so early. Rest easy angel,” another commented.

The influencer from Brampton, Ontario, promoted body positivity and “often spoke about embracing your body type and about the need for representation of various body shapes and sizes in the media. Thakur, who had over 930K followers in TikTok, was also known for her dancing clips,” according to the Economic Times.

Her funeral was held on November 29, the Times report said.

The young woman reportedly experienced an anxiety-induced heart attack a few months prior to her death, per the Daily Mail, and she also stated in the past that she had suicidal thoughts.

“Thakur recently revealed that she had suffered with a heart attack in July, believed to be caused by stress and her ongoing anxiety,” the outlet said, adding a cause of death has not yet been confirmed.

“Thakur began posting to TikTok in 2019 focusing content on body positivity and self-confidence but admitted in October 2020 that she had been ‘depressed for years’ before building up that confidence people know and love her for,” the Mail article stated.