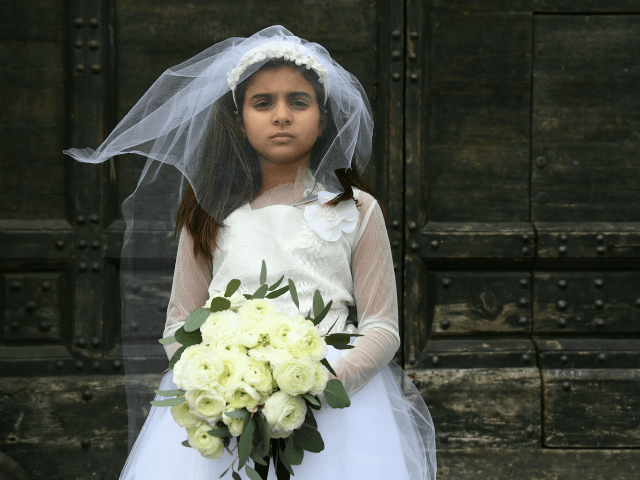 Secretary of State Tony Blinken confirmed reports during a Senate hearing on Tuesday that young children were transported from Afghanistan with older men as child brides.

During the hearing, Sen. Ted Cruz (R-TX) grilled Blinken about the numbers, citing data form the World Health Organization that over 50 percent of wives in Afghanistan were married as child brides.

Blinken said he did not know the exact number of underage girls who were evacuated with older men or how many were separated by officials after they landed.

Cruz cited reports of a State Department document seeking “urgent guidance” from other agencies about the issue after child brides were brought to Fort McCoy in Wisconsin, noting that tens of thousands of Afghans were evacuated from the Kabul airport.

Blinken insisted the entire government was following the issue with “extreme vigilance” to uncover and separate child brides of older Afghan men, but he tried to downplay the numbers.

“To my knowledge, a limited number of cases where we have seperated people because we were concerned…” Blinken began.

“How many?” Cruz interrupted.

“The cases I’m aware of? A handful,” Blinken replied.

U.S. Customs and Border Protection is also investigating reports of child brides, according to Yahoo News.

“The concern is, we’re seeing a lot of family units with very young girls. These girls are brought into the U.S. as wives,” a government official said to Yahoo News. “It’s not a small number.”