“Most of the UK population will be protected from vaccination in childhood, but in some communities with low vaccine coverage, individuals may remain at risk,” said Dr Vanessa Saliba, consultant epidemiologist at UKHSA.

Over the past four months, the UKHSA has found the polio virus in samples collected from the Beckton sewage works, which serves a population of four million in north and east London. 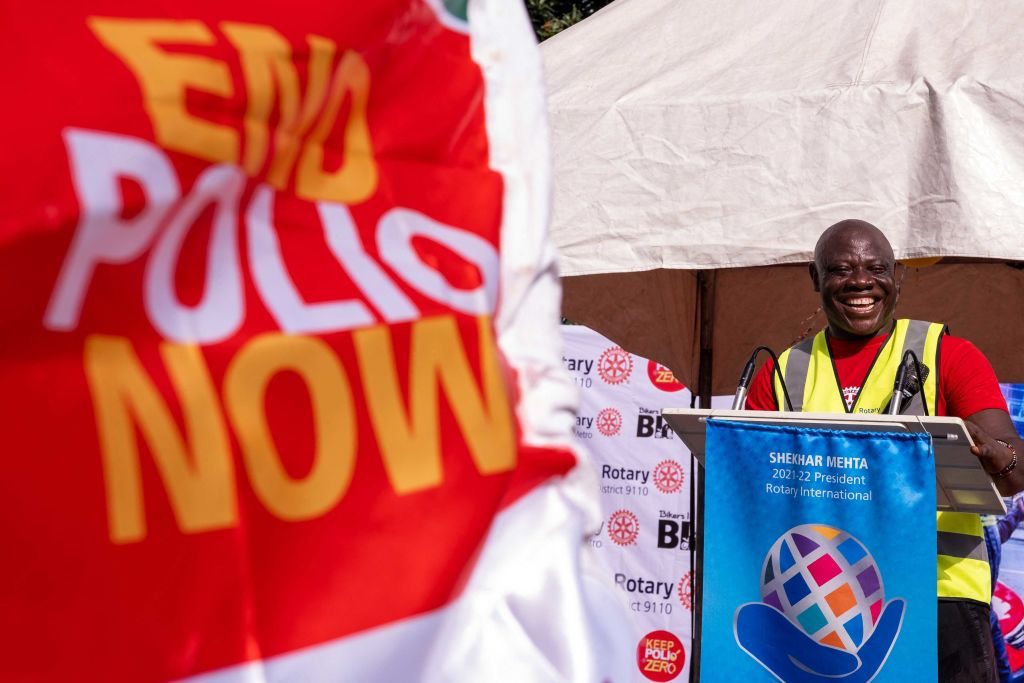 Kunle Adeyanju speaks at the Ikeja Rotary club in Lagos on May 29, 2022, after arriving from a 41 day trip from London, by motorbike, to raise funds and awareness for the global End Polio campaign. (BENSON IBEABUCHI/AFP via Getty Images)

The UKHSA stressed the virus has only been detected in sewage samples and no cases of paralysis have been reported.

An inactivated polio vaccine is used in the UK as part of the routine childhood programme.

According to the National Health Service (NHS), it is given three times before the age of one, and then again at three and 14 years of age.

Take-up of the first three doses is about 86 percent in London, well below target levels, with the rest of the UK over 90 percent.

Health authorities have now declared a national incident and informed the W.H.O. of the situation.