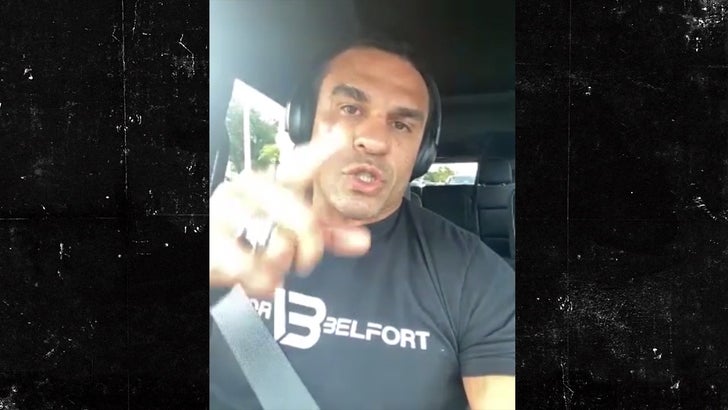 Vitor Belfort says he’s about to be $30 MILLION richer … that is, if Jake Paul has the guts to step in the boxing ring, telling TMZ Sports The Problem Child’s a coward if he doesn’t accept the fight.

“I’d like to teach that boy a lesson. Your parents give you behaviors and all that, so he’s gonna meet his big daddy,” 44-year-old Belfort says.

“And, if he likes money, we got big money. There’s no excuse to run away from this fight. So, he has to take it, and if you don’t take it, he’s gonna show he’s a coward and he’s looking for easy fights.”

Vitor Belfort’s pressure proved to be too much for Evander Holyfield.

Paul’s 4-0 professionally — with wins over Tyron Woodley and Ben Askren — but Belfort has zero doubt he’d knock out the YouTuber-turned-boxing star, saying … “I’m gonna knock [Jake] out. There’s no doubt about it.”

Of course, Belfort called out 24-year-old Paul in the ring following his 1st round KO of Evander Holyfield … with Triller’s Ryan Kavanaugh pledging $30 million to the winner of the potential scrap.

$30 mil is A LOT of money, but what’s unclear … after signing a deal with Showtime Boxing, could Jake take the fight, even if he wanted to?

“I think it’s worth it. $30 million to get your a** whooped by a legend like myself,” Belfort says.

If not Jake, Vitor told us he’s also interested in Canelo Alvarez (there’s a $40 mil offer on the table from Triller), Wladimir and Vitali Klitschko, Lennox Lewis and even Tyson Fury.

As for Paul, he recently called out Jorge Masvidal … but with Gambred under contract with the UFC, it’s highly unlikely Dana White would sign off on the fight.