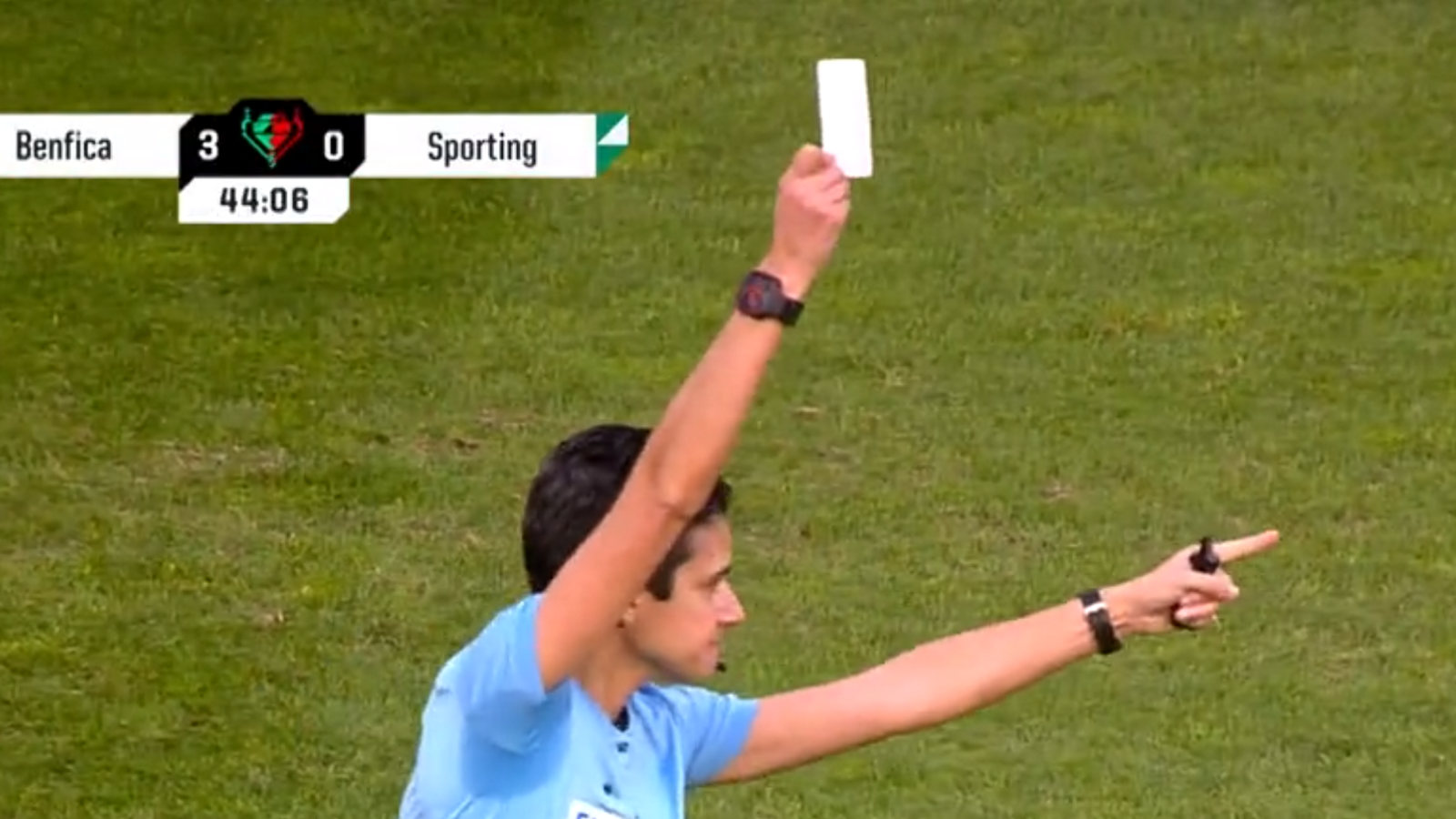 A white card has been issued for the first time in a football match in Portugal.

The card was shown during a women’s cup match between Sporting Lisbon and Benfica on Saturday after medical staff from both clubs rushed to help a fan who had fainted in the stands as Benfica led 3-0 during the first half.

Referee Catarina Campos then showed the card to both teams.

The gesture recognises and praises acts of fair play.

Fans at the Estadio da Luz in Lisbon were heard cheering and applauding the decision.

The cards were introduced as part of an initiative of Portugal’s National Plan for Ethics in Sport to encourage fair play and have been adopted by the Portuguese Football Federation.

So far only Portugal has adopted the white card.

They contrast yellow and red cards which are used to discipline players for misconduct.

Benfica won 5-0 to progress to the semi-finals.

The match also set a new attendance record for women’s football in Portugal, with 15,032 fans showing up, beating the previous record of 14,221 seen in May last year.

While the use of the white card in the match on Saturday was celebrated, it remains to be seen how fans will react to their implementation if they are used more widely.

It comes after a FIFA directive saw stoppage time added at the end of each half for “unnatural lost time” during the Qatar World Cup.