The White House admitted Wednesday they were unable to guarantee packages would arrive on time this Christmas.

“We are not the postal service, or UPS, or FedEx,” White House press secretary Jen Psaki said. “We cannot guarantee. What we can do is use every lever at the federal government’s disposal to reduce delays.”

Psaki repeatedly posited that the government would work to solve supply chain issues, especially at American ports where ships are forced to wait in offshore traffic before they can get unloaded. 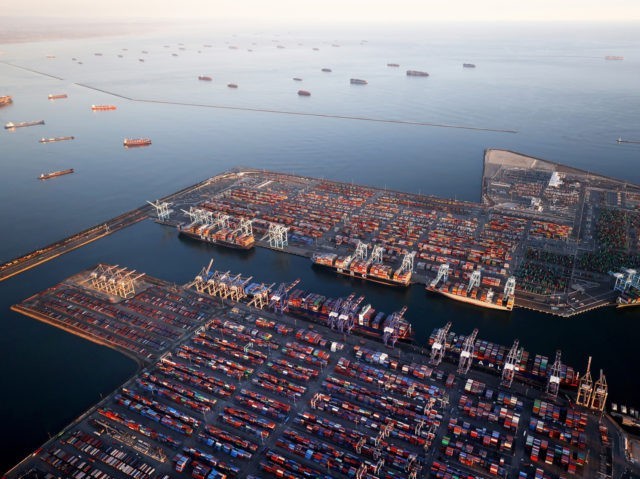 In an aerial view, container ships (Top L) are anchored by the ports of Long Beach and Los Angeles as they wait to offload on September 20, 2021 near Los Angeles, California. (Photo by Mario Tama/Getty Images)

She did not offer many specific actions the government planned to take, but admitted there were challenges facing the supply chain.

“Look, I can’t make a prediction for you that we’re going to solve every issue tomorrow and next week. We’re not,” she said. 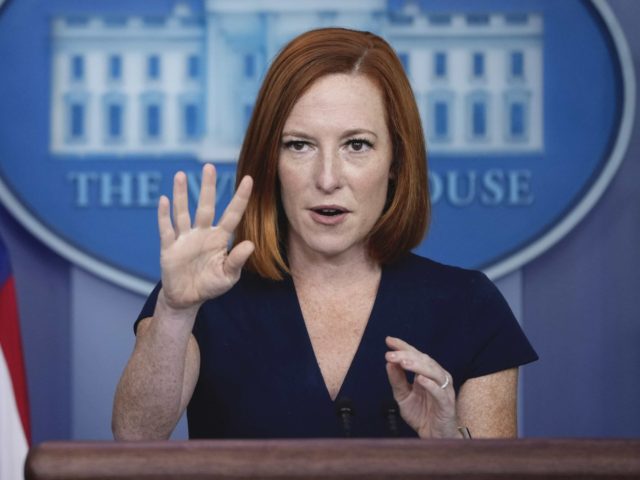 The White House proposed Wednesday long-term proposals to ease traffic at the ports, opening up the Los Angles port to 24/7 operations and supporting states to speed up licensing for truck drivers.

“We can’t overpromise here, and I’m not going to do that from here because there are a lot of issues in the supply chain,” Psaki said.

She acknowledged that Americans were suffering from high costs of food and products, but insisted that Biden was taking the issues seriously.

“A lot of these issues are not as simple as a one sentence explanation,” Psaki said.