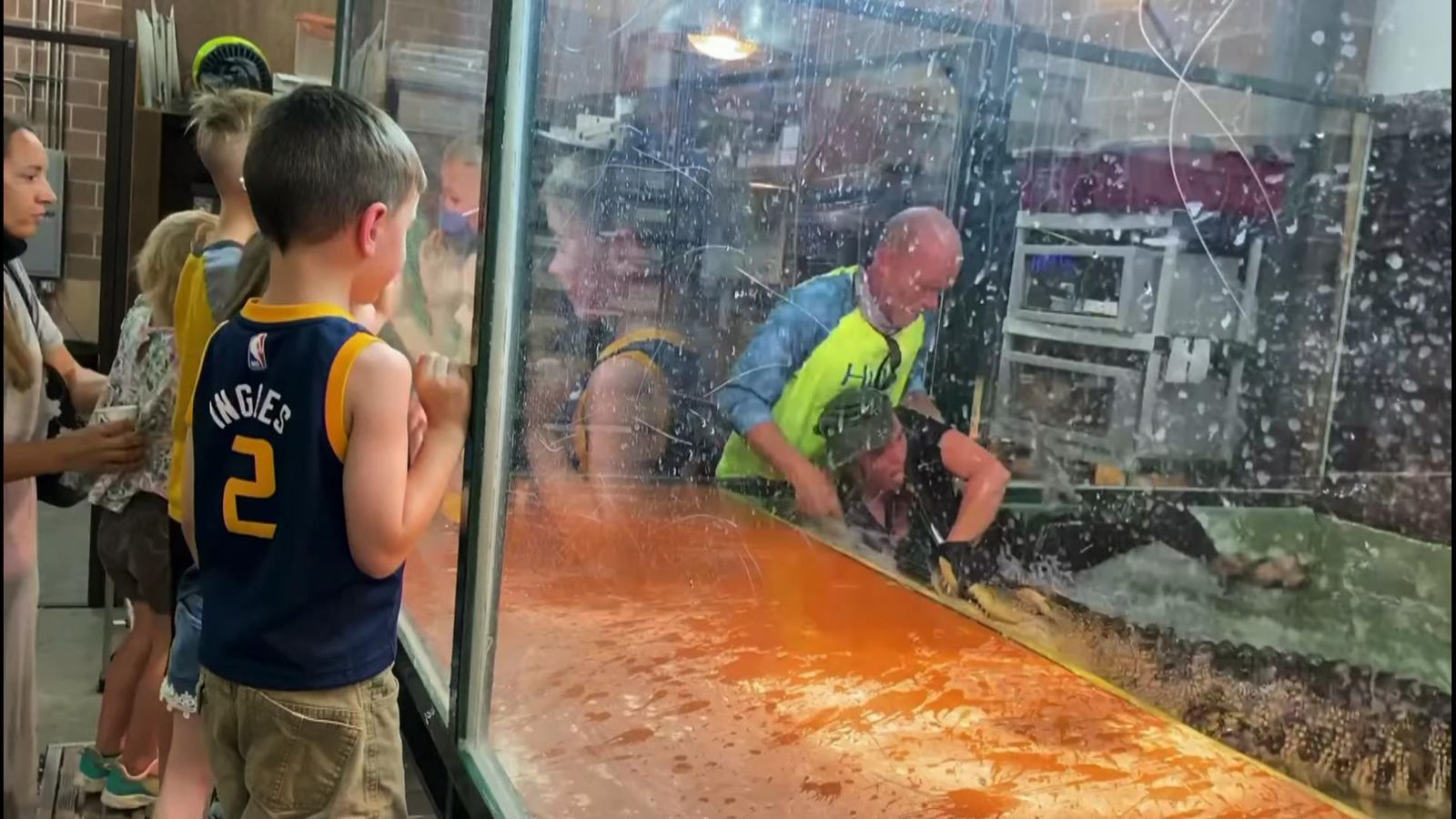 An animal handler attacked by an alligator as crying children looked on has said she “loves” the reptile and that it should not face any consequences.

Lindsay Bull was left wrestling with the creature after it clamped its jaws down on her hand in front of guests during a child’s birthday party at Scales & Tails in Salt Lake City, Utah.

She was eventually rescued from the alligator, Darth Gator, after visitor Donnie Wiseman leapt into the water and clambered on top of the animal.

Video of the incident was viewed by millions online, but Ms Bull and the reptile centre’s owner say it should not come to harm as a result of the attack.

Ms Bull, who avoided losing her limb after undergoing surgery, said: “We are going to fight as long as we can to keep him. As long as he is in our care and it is our choice, no consequences are going to happen to him. He was just doing what an animal does.”

She told Utah’s Deseret News she had worked with Darth Gator for more than three years – and that he had been trained to respond to commands, including to allow her to kiss him on the face.

“Oh, I love him. He is like a member of my family,” she said. “That is true of everybody who works there. Everybody loves Darth.”

She said the attack happened when the alligator became confused because he knew he was about to be fed, saying he mistook her hand for food.

“For all he knew it was a piece of chicken, so he grabbed it,” she said.

Shane Richins, Scales & Tails’ owner, also said the animal would not come to harm while in their hands.

He added that his permit to own an alligator was under review and that he hoped it was not rescinded.

Animal rights group Peta has called for the business to be shut down.