Not long after former President Donald Trump was raided in Florida — his daughter was seemingly having a ball in Minnesota — grabbing dinner and flashing a smile with her hubby.

Ivanka Trump, DT’s former senior White House advisor, was out in downtown Rochester Monday night with Jared Kushner … about 2.5 hours after her pops got an unwelcome visit from the FBI at Mar-a-Lago, where they executed a search warrant. 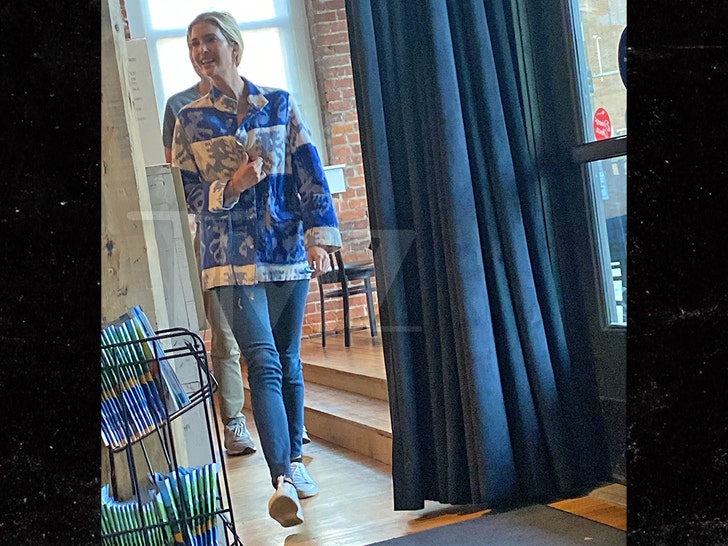 In photos obtained by TMZ, you can see IT and JK departing Bleu Duck Kitchen, we’re told — where witnesses say they had a table to themselves and apparently a bit of vino. Both looked to be in great moods, despite what was happening with 45.

The couple mostly kept to themselves as patrons looked on, but no one bothered them. We’re told they were being watched over by one security guard before leaving and taking a stroll down the street.