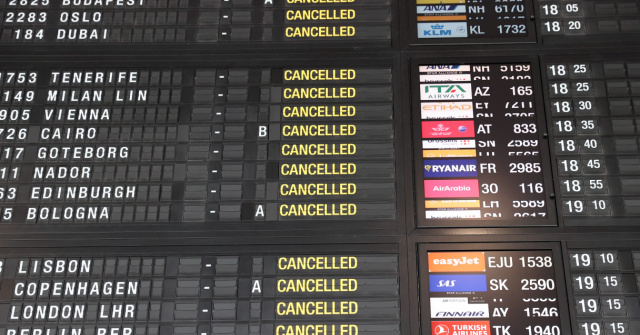 Airports from around the world have been delaying and canceling flights due to an ongoing staffing shortage while travel demands remain high.

Various airports have reported long wait lines at check-in counters that often stretch to the outside. According to the Wall Street Journal, Amsterdam’s Schiphol Airport began “limiting the number of passengers allowed inside, asking travelers not to show up more than four hours before their flights” while advising people to wear comfortable shoes due to the long waits.

The massive staff shortages stem from the severe coronavirus restrictions that impacted world travel throughout the pandemic, and though most restrictions have been lifted as people embark on European summer vacations, the staff shortages remain. Sydney Airport, for example, recently staged a job fair to fill its 5,000 employee gap. This has caused an unprecedented spike in flight cancelations along with a whole host of other operational issues, such as when Switzerland temporarily closed its airspace due to an information technology glitch. Per the WSJ:

Delays, especially in Europe, are particularly high this summer season. So far this month, 25% of scheduled flights on the continent, excluding Russia, took off late, with an average delay of 34 minutes … That compares with 21%, with an average delay of 28 minutes, in June 2019. At Schiphol in Amsterdam, 36% of flights have been delayed this month, up from 28% in 2019.

Flight cancellations have risen in June, according to data compiled by aviation data consultancy Cirium. In the U.S., about 3% of scheduled flights have been scrapped so far this month, compared with a 2% rate in 2019, before the Covid-19 pandemic. The total number of cancellations rose 16%, to 13,581 fights, from the year-earlier period.

As Breitbart News reported on Tuesday, American Airlines announced that it would be halting services in three cities this coming autumn due to an ongoing pilot shortage in the airline industry: Islip and Ithaca, New York, along with Toledo, Ohio. JetBlue also reduced flights throughout the summer over staffing issues, while United Airlines has upped its training program to hopefully ready 5,000 new pilots by 2030.

Beyond pilots, the airline industry has been struggling to staff air traffic control, airport security, baggage handling, catering, and check-in. Since potential hires have to go through strict security screening processes that often take up to 16 weeks, airports predict the problem will continue well into next autumn, during which travel will certainly see an uptick due to the holiday season. Olivier Jankovec, director-general of airports group ACI Europe, flatly said that “getting staff back into an airport isn’t like hiring for a restaurant or supermarket.”

“To be fully resourced today, we’d need to have begun a recruitment drive about six months ago,” Jankovec told WSJ.