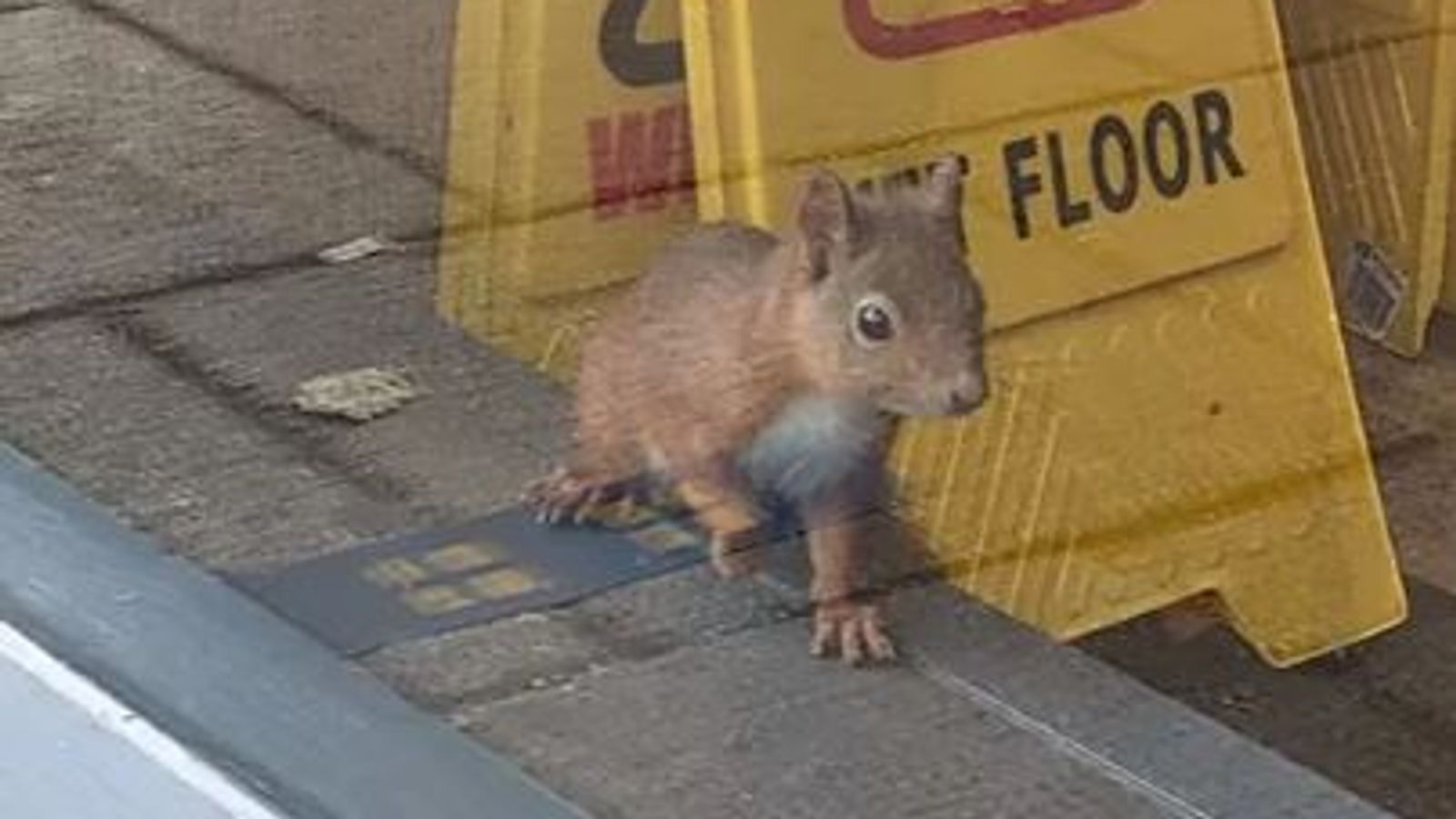 An overly adventurous squirrel forced a Greggs shop to close after getting trapped inside.

The animal was captured in a branch of the pastry specialist in Perthshire on Saturday, and was not freed into the nearby Faskally woods until Tuesday evening.

Greggs’ Twitter account revealed the critter’s movements the following morning, joking there had been a “new starter” at the store and changing its display picture to reflect.

In a thread with hundreds of likes, Greggs tweeted: “Some of you may have noticed we had a wee new starter in Pitlochry Greggs this week.”

“Friendly locals offered their help to lure the Greggs Squirrel out,” the high street favourite said, quoting an offer to help from a high school “up the road”.

It added: “But ultimately, if you were having a tasty sleepover in Greggs, would you leave? No, of course not. It’s only right we made the Greggs Squirrel part of the family.

“After giving us the run around, we managed to catch the Greggs Squirrel safe and sound. Thanks for the, er, enthusiastic first shift.”

The shop is closed for a deep clean and will reopen later this week.

Greggs posted an image of a name badge made especially for the squirrel, along with a video of its release.

It is not known whether the briefly employed squirrel was entitled to a severance package.