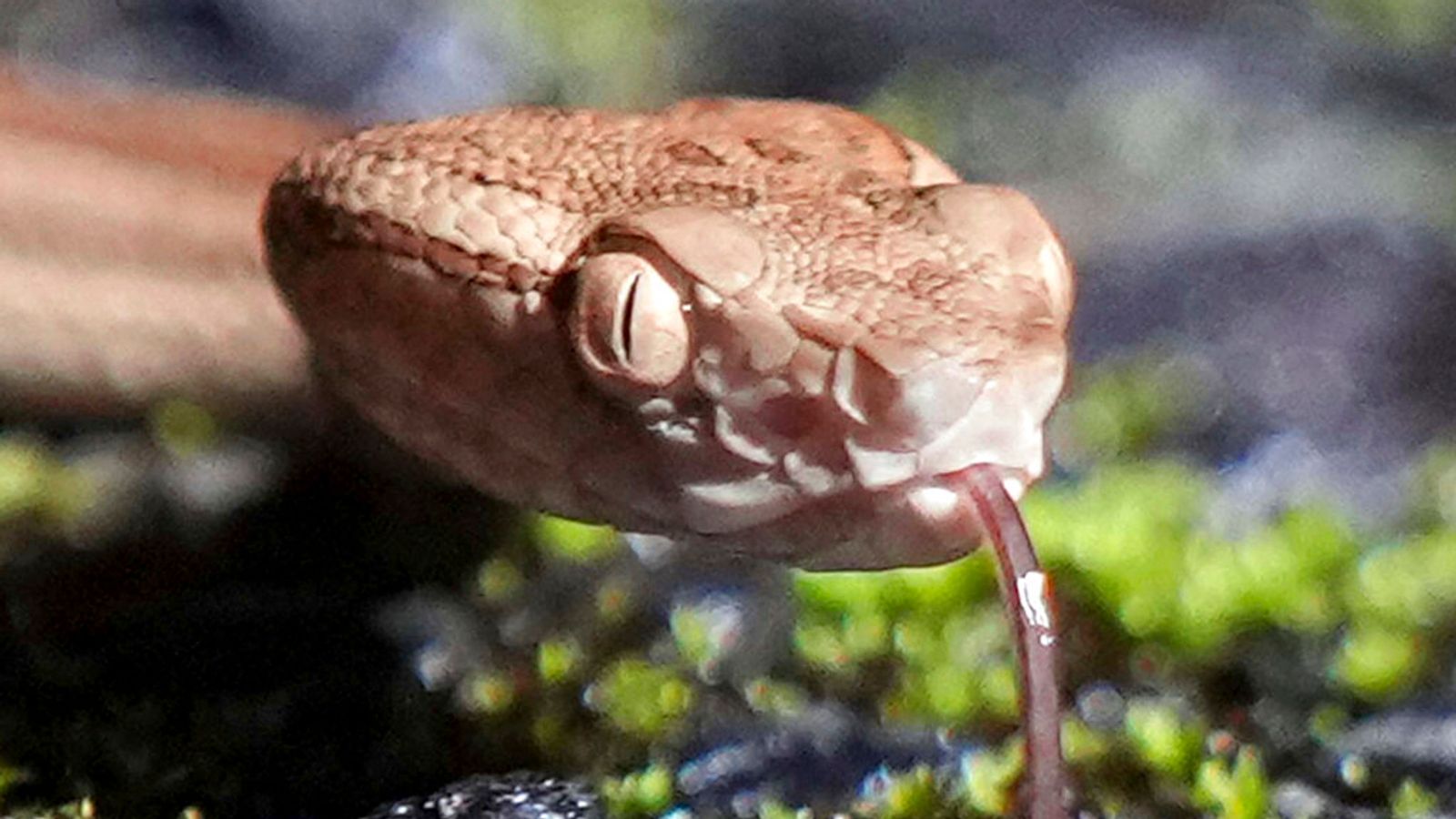 A woman has described her horror after discovering 18 snakes writhing under her bed as she was about to go to sleep.

Trish Wilcher had to do a double take after noticing what she initially thought was a “piece of fuzz” moving on the floor.

Seconds later, she noticed another piece of “fuzz” moving at her home in the US state of Georgia.

She eventually found a mother snake and 17 babies after “turning the bedroom upside down”.

Ms Wilcher suspects the animal gave birth under her bed on Sunday.

Pictures reveal how the snakes were barely visible after blending into the carpet.

More on Georgia, Us

The encounter left her “scared shirtless” and “freaked out”, Ms Wilcher shared on Facebook.

She posted: “Ok we have turned the bedroom upside down…found 17 babies and the momma.

“Up the street they have cleared some land that has been grown up for some time now…therefore we were the home spot for her litter!”

“I am struggling to move about the house much less sit down anywhere!!! I may need a cardiologist after this!!!” Ms Wilcher joked.

Ms Wilcher responded: “We hope we got them all out – still have that slight feeling there may be more than one left.

“Needless to say we did not feel threatened after finding the momma…therefore to the creek they went. Still uneasy!”

A wildlife expert named Dan rounded up the reptiles before releasing them at a river near the property in the town of Augusta.

She added: “Dan has come and gone, he did not find anymore…suspect the snake had a live birth under my bed…yes under my bed! Still in shock!”

The snakes were not poisonous, Ms Wilcher added.

It has been suggested they are “Dekay’s snakes” or brown snakes, which are non-venomous.